Chelsea hosted Man United last night in a hugely important match for the race for top four, but VAR once again came into a huge amount of controversy!

The race for Champions League is more competitive than ever! There are now four teams fighting for the fourth place and with 12 games left every point really matters.

It’s currently in Chelsea’s hands as they are the ones in fourth place. A win last night for Lampard’s side would have made it a three-horse race. Man United would have ended up nine points behind them and given their current form this would have been an impossible gap to close.

Both sides went into the winter break with just one win in their last five games. This meant it was going to be a cagey affair with both sides mainly not wanting to lose and thanks to VAR, Man United didn’t!

The first bit of controversy came midway through the first half. Maguire and Batshuayi were battling for the ball with the England centre half falling over. As Batshuayi fell over Maguire appeared to kick out. All the Chelsea bench got up complaining and wanting the United captain sent off. VAR checked the footage and somehow Maguire wasn’t sent off. It was a very similar situation as to one a few weeks ago when VAR sent off Son.

United went in 1-0 at half time as Martial scored with the only shot on target of the game. In the second half, Zouma replaced Christiansen and it looked to have been a super sub. Zouma scored from a scored, volleying it into the bottom right corner. The United players protested and VAR checked it. They disallowed the goal for a push on Williams by Azpilicueta. Replays showed though that Fred had pushed the Spanish defender into Williams so the goal should have stood or a penalty awarded to Chelsea.

To really rub salt into Chelsea’s wounds, Maguire then went a got a goal of his own. A corner in from new signing Bruno Fernandes was headed into the bottom right corner. Maguire shouldn’t have even been on the pitch but here he was celebrating in front of the travelling fans.

Chelsea then had another goal ruled out by VAR but this time it was the correct decision. Giroud was a boot offside and the Chelsea comeback was over. The game finished 2-0 and Lampard the VAR decisions were “soul-destroying” for the home fans.

Chelsea are still the favourites to finish in the top four at EVS with Betfair and Man United are now at 4/1. Chelsea takes on ex-manager Mourinho and Spurs this weekend and the odds could change again so it with United at 4/1 they could be worth a punt now. 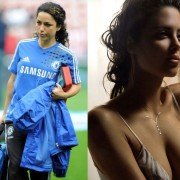 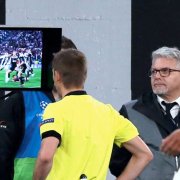 Dortmund Wonderkid Haaland Does It Again!
Scroll to top