The USA beat Holland in a close contest to win their fourth Women’s World Cup and their third in three competitions!

The Women’s World Cup final was played on Sunday and the USA were taking on Holland. The USA had beaten England in a close semi-final, whilst Holland beat Sweden in extra-time in their semi-final.

The final was to be played at Olympique Lyonnais’ stadium in front of 57,000 fans. The USA were the favourites going into it having already won the competition three times. This was to be their third World Cup final in a row.

Holland had never won the Women’s World Cup before. The furthest they had ever reached before this was the round of 16 in 2015, which was their first-ever appearance in the competition.

The USA vs Holland

The game started off the way many thought it would, the USA taking control. They had the majority of the ball at the start of the game, putting Holland under a lot of pressure. This pressure nearly paid off when Ertz came close. A half volley from the edge of the box parried away by Sari van Veenendaal in goal.

Joint top-scorer Alex Morgan nearly broke the deadlock twice. A front post flick on and a shot from outside the area both well kept out again by van Veenendaal. She was in fantastic form and shown that the USA was going to need to be at their best to beat her.

The second half started and the USA kept Holland under pressure. A ball into Alex Morgan looked like it was well defended for a corner. VAR intervened though, and a penalty was awarded as Morgan got to ball first and was fouled.

Up stepped USA’s co-captain Megan Rapinoe. She calmly slotted the ball into the bottom right corner and Holland now had a mountain to climb.

The USA then doubled their lead and put the game out of Holland’s reach. Lavelle picked up the ball and ran towards goal. She got to the edge of the box and took on the shot, going in between two defenders and flying into the bottom right corner.

With 20 minutes left it looked like Holland weren’t going to be able to bring it back. The USA defended well and saw the rest of the game out to win the Women’s World Cup.

Prior to this tournament, there had been a lot of talk about Rapinoe. She is the co-captain for the USA team and is pushing for equal pay to that of the men’s team. She, along with all her USA teammates, are suing the US Football Federation over working conditions as well as equal pay.

Then during the tournament, a video has emerged of her saying she wouldn’t go to The Whitehouse should they win the World Cup. This was a dig at the current President Donald Trump. This then brought it more even more into the spotlight as Trump tweeted saying “Megan should win first before she talks.”

And winning is what Rapinoe did. She finished the competition with the Golden Boot. She had the same amount of goals as Ellen White and Alex Morgan but had a better goal to minute ratio. Rapinoe also won the Golden Ball award, which is given to the tournaments best player. Oh and she also captained her country to their fourth World Cup, no big deal…

In the end, the USA were the rightful winners of the Women’s World Cup 2019 and will take some stopping come 2023! 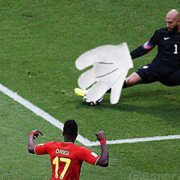