Scotland and Northern Ireland progressed through to the finals of their groups last night with a chance to qualify for Euro 2020, but it was heartache for the Republic Of Ireland

Last night was the start of the final Euro 2020 qualifiers. There were four different groups in total and in each group were two semi-finals with a final next month.

The winner of each of the four finals will then book themselves a place in next summers Euro 2020.

Northern Ireland and the Republic of Ireland were both in the same group but opposite sides of the draw. A win for each of them would have made an all Irish final! Scotland avoided this group and was playing Isreal in their qualifier.

The home side were the favourites in this one and when the two sides met last month it finished 1-1. The first big chance of the game fell to Scott McTominay. The Man United midfielder was unmarked at the back post and headed a great chance just wide.

The game was a tight one with both sides not wanting to open up. Scotland saw a penalty shout midway through the second half waved away. The game finished 0-0 and went to extra time. Israel had a great chance in the 115th minute but their striker couldn’t get a toe on it to guide in the inswinging cross. On the very last kick of the game, Scotland saw a chance from a corner come off the post and the game went to penalties.

Scotland won 5-3 on penalties with Scott McTominay making up for his miss and Kenny McLean scoring the decisive one. Scotland will play Serbia in the playoff final. It will be a tough game for the side captained by Andy Robertson. They will need to be at their very best and will need to not miss chances like in this game.

Bosnia were the favourites for this one and took the lead in the 12th minute. Northern Ireland failed to clear the ball with Jonny Evans falling over. The ball fell to Krunic who scored from 12 yards out into the bottom left corner.

Northern Ireland nearly responded two minutes later but some fantastic goalkeeping and a huge bit of luck saw the ball stay out of the goal. They got one back on the 52nd minute with McGinn working hard to get the ball back and cooly finishing it into the bottom left corner. The game was end to end and somehow finished 1-1 and went to penalties.

They will play Slovakia. This is again another tough tie but Northern Ireland showed some promising signs in this game. Bosnia are a good team and if they can create the same amount of chances next month they will have every chance of going through.

Slovakia vs the Republic Of Ireland

It was a close game with Randolph not being called into action until the 45+2 minute when he pulled off a brilliant save in the bottom right corner. Slovakia were unlucky to not go 1-0 in the second half when an Ireland free-kick was headed clear, but nearly into their own goal!

Slovakia were so close to taking the lead in the 74th minute. Ireland’s defence was all over the place and a goal-line clearance saw them stay in the game. Conor Hourihane should have finally broken the deadlock in the 84th minute. He was six yards out with just the keeper in front of him, but he hit it straight at him!

Once again this game finished level and went to penalties. There were some fantastic penalties, but Alan Brown, who missed a great chance in the game also missed his penalty, with Slovakia’s keeper pulling off a great save. Thankfully for Brown though, he wasn’t the only one to miss as Matt Doherty smashed the bar with his effort.

Paddy Power will have odds on all of these finals when they take place next month so be sure to go and have a look. 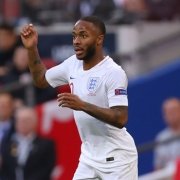 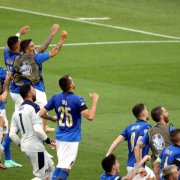