Last night marked United’s return to the Champions Leauge after failing to qualify for the 19/20 competition. They were drawn in a very tough group, with PSG, RB Leipzig and İstanbul Başakşehir F.K.

When the groups were drawn, PSG were the favourites to top the group with many saying United’s best chance to progress was in second place. When the two sides met last time, it was in the Round Of 16 in the 18/19 competition. United lost the first leg at Old Trafford 2-0 but won 3-1 in Paris scoring an injury-time penalty to progress.

Both sides had key players missing last night. PSG were without Marquinhos who was only fit enough for the bench. Bernat, Icardi, Veratti and Kehrer were also missing. Man United were short of defenders, with Maguire and Bailly both not travelling. New signing Cavani didn’t make the travelling squad along with Greenwood.

PSG forced De Gea into to big saves early on. Di Maria tried to whip one into the far left corner but De Gea was at full stretch to turn it away. He was called upon moments later from the resulting corner. The ball was played in by Mbappe and found Kurzawa three yards out. The left-back got his foot on it but De Gea made himself big to keep the ball from going in.

Apart from this though United seemed comfortable in their 3-5-2 formation which allowed them to sit back and counter PSG. Martial was brought down in the box in the 20th minute and United were awarded yet another penalty. After missing one at Newcastle Bruno stepped up again, this time using his trademark hop and saw his penalty once again saved. However, to his rescue, Navas was off his line and the penalty was retaken. Bruno stepped up again, hopped again, but this time sent Navas the wrong way as he put it into the bottom right corner.

The first half was a good one for United. They created several chances and were solid at the other end with Wan-Bisaka and Tuanzebe keeping Neymar and Mbappe quiet.

Early into the second half De Gea was forced into another good save as Mbappe riggled past Wan-Bisaka and put one into the bottom right corner. United were under more pressure now and unfortunately for Martial, it was he who gifted them a goal. A PSG corner was flicked in at the front post by Martial and the score was 1-1.

United went to 4-3-3 and brought Pogba on and took control again. Rashford put his side back in front once again in Paris in the 87th minute. He picked up the ball and burst into the box before smashing one across Navas into the bottom left corner. United held on for the remaining seven minutes and once again beat PSG at home in the Champions League.

This was just another big moment in the career of Marcus Rashford. It follows on from last weeks new that he is to be awarded an MBE for his services to charity work.

With United winning this game the group is now in their hands. If they play like they did last night then they should be able to beat everyone in their group. However, last night worked so well for United as they were sitting back and playing on the counter-attack.

When they come to play RB Leipzig and İstanbul Başakşehir, they will set up differently and will need to break these teams down in order to get the three points. Solskjaers side are the favourites to win Group H at 5/6, with PSG at a very interesting 2/1.

You can bet on all other group winners on Paddy Power and with the games being thick and fast in this seasons competition odds will be changing with each game week! 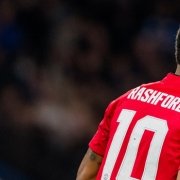