After Liverpool so convincingly won the Premier League last season, are they the favourites for the 2020/21 season?

Last season Liverpool finally broke their 30-year wait for a league title, by beating Man City to their first-ever Premier League trophy. They had a fantastic year and finished the season on 99 points, 18 ahead of Man City.

At one point it looked like Liverpool would go unbeaten, however, Watford everyone and beat them 3-0. Liverpool didn’t end the season like Klopp would have wanted them to. They had several achievable records such as the most points in a season but they let this slip.

That being said they were one of the best Premier League sides ever and will be confident of retaining the trophy this year. However, lots of new players have joined the Premier League this season making the top six even stronger! Can someone dethrone Jurgen Klopp’s side?

Pep’s side have basically won the league now. They are 12 points clear at the top of the Premier League with 14 games to go. On top of this, they have won their last 14 games in a row in the league and don’t look like stopping. To help them teams around them are dropping points all the time and it won’t be long before they have mathematically won the title.

City has a very strong squad and has had to take advantage of it this season with lots of players out for various reasons. City brought in Nathan Ake from Bournemouth and Ruben Dias from Benfica after their defence was a real issue last season. Pep seems to have found his preferred defensive partnership now in Dias and Stones and this is showing in their improved results and consistency.

City have won four Premier League titles and Pep has won two of these. They know what it takes to retain and regain a title and will use this experience to try and get the job done as soon as possible so they can focus on the Champions League.

After just two wins in their opening six games its a huge surprise to see United up their in second place in the Premier League. At one point this season, they were top but recent results has seen City storm ahead. It has been a good season for them so far but there are still areas on the pitch in which they need to improve for next season to give it a real go.

They have a team good enough to challenge for the title, but should Bruno or Rashford get injured, their two main players, this could have a huge effect. They are in a position now where they will look to cement themselves in second place and try and win either the FA Cup or the Europa League.

Liverpool now will be looking just to get into the top four after a very bad run of form. They started the season well but have dropped points in games they shouldn’t have far more often than we’ve been used to. A big injury to Van Dijk hasn’t helped at all, along with another bad injury to Joe Gomez. Since the two injuries, Klopp has tried various different partnerships at the back but none have worked anywhere near as well and now the club are in sixth place.

Liverpool need this season to finish up as soon as possible really and look to getting back to challenging for the title next season. They look to be heading to the quarter-finals of the Champions League and if they can get some of their recognised centre backs fit, they can give that a real go. 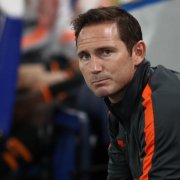 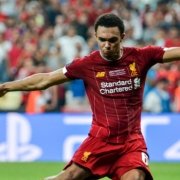