The Premier League announced that after three months away, it will return on June 17th with a big game to get us underway!

The last Premier League game to be played was Leicester vs Aston Villa on March 9th. Thankfully the game was an entertaining one with The Foxes winning 4-0. Since then though, football fans around the country have been lost without the Premier League.

Many were wondering whether it would even return this season. This left the huge question as to would there be a champion and would anyone be relegated.

However, last week the Premier League announced that football will finally resume on June 17th and looking to end at the end of July. As there are no fans allowed in the ground as well, all of the remaining 92 games will be on tv. This means, that even after the cancellation of Euro 2020, we will still have football this summer!

The first two games set to be played are Aston Villa vs Sheffield United and Man City vs Arsenal. Both these games are midweek ones, and the first weekend fixtures haven’t been announced yet.

On top of this, a schedule has also been released for when the games will be shown, which will keep us entertained all weekend!

Obviously, with a 25 point lead, Liverpool are the outright favourites to win the league at 1/1000. Man City are priced at a not so generous 40/1. However, will the lack of fans play a part? Liverpool are known for having a good atmosphere and this helps them in games. Man City, on the other hand, has played in an empty ground for years, so they should be used to it…

The race for the top four will be an interesting one. Man City and Liverpool have pretty much already claimed two spots, leaving Leicester, Man United and Chelsea fighting it out for the final two. Leicester are six points ahead of Chelsea and eight ahead of United.

As a result, they are priced at 1/6. With Lampard’s side have a three-point advantage over United, they are at 8/15, with the Red Devils at 17/1o. Solskjaers side has the easier run-in, with Chelsea having to play both City and Liverpool still.

Relegation is another tight battle. Norwich look set for the drop, being six points from safety and having won just five games all season. They are priced at 1/12 to go to the Championship next year. Aston Villa are two points from safety but have a game in hand. Villa are 4/11 to finish in the bottom three but could well stay up we think!

17th in the table and one of three sides on 27 points are Bournemouth. Eddie Howe has done well to keep them in the Premier Leauge, but at 8/11 could their time be up. At 23/10 is Watford, who are just one goal better off than Bournemouth. They have shown they can beat good teams, after beating Liverpool, but they now need to beat the teams around them. Finally is West Ham at 21/10. They have a good enough team to not be down here but with nine games to go, they face a real battle!

Betfair has odds on various other Premier Leauge markets, as well as all the remaining 92 matches, once the fixtures are announced. 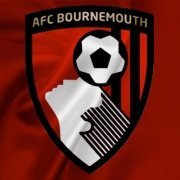