The 2020/21 Premier League season came to an end at the weekend with still a lot to play for going into the final day, but who were the lucky ones?

After a delayed start to the 20/21 season, it finally got underway in September of last year. It was a fascinating season that felt the repercussions of the 19/20 season, but still full of excitement.

Straight from the off, we were given huge upsets, with Liverpool losing 7-2, City losing 5-2, and United losing 6-1 all within the first month! Thankfully for these clubs, no fans were present in stadiums this season, until the last two games weeks.

Throughout the season, there was also four managerial changes. The most shocking of them were Lampard and Mourinho both losing their jobs at clubs they seemed very stable at the start of the season.

The 20/21 season was one that fans won’t forget, with goalkeepers scoring last-minute winners and the big boys trying to break away to form their own league. However, with fans set to be allowed back in the grounds next season, we already can’t wait for 21/22 to begin!

After a tricky start to the season, many thought it would be Liverpool’s title once again. However last year’s winners suffered badly with injuries and slowly fell off the pace. City utilised the size and quality of their squad to put together a 19 game unbeaten run. This saw them take control at the top of the table and from that point, no one was going to catch them.

Pep’s side won the league when Man United were beaten by Leicester, with three games to go. City ended up finishing the season 12 points clear of their Manchester rivals and were awarded the trophy on the final day of the season in front of 10,000 ecstatic fans. City are the outright favourites to win another title next season, currently at 8/13 on Paddy Power.

This season was one of the best in terms of a fight for the top four. At one point there were around eight clubs in with a shout, two of which were Everton and West Ham.

The race for the Champions League once again went right down to the final game. Both United and City confirmed their places earlier on and with three games. By this point in the season, it was Leicester, Chelsea and Liverpool competing for two places.

Liverpool looked out of it when they were drawing 1-1 with West Brom with seconds left. However, one of the most memorable moments in recent Premier League history occurred when goalkeeper Alisson came up and scored a header to put it back in their hands.

Going into the final day all three could still get in the top four, with Chelsea 3rd, Leicester 4th and Liverpool 5th. Chelsea went on to lose but stay fourth due to Leicester also losing. Liverpool somehow got third after what was a very difficult season for them. Leicester would miss out on the final day once again, after spending 240 days there!

Leicester finished in fifth place again whilst West Ham went 10 better than last season in sixth. As City and Leicester won both the domestic cups this season, it means that no other sides will be taking the Europa League pace off West Ham.

David Moyes’ side last played in Europe in the 2016/17 season when Man United won the FA Cup, handing the spot to them. They were however beaten in the qualifiers. They will expect to make the group stages this season given the improvement in their squad of late.

Two of the promoted sides, West Brom and Fulham both found themselves in the bottom three at the end of the season. West Brom sacked manager Slaven Bilic earlier on in the season. They brought in Sam Allardyce to try and keep them up, but unfortunately, he wasn’t able to.

Fulham struggled from the off but found a bit of form in the middle of the season to give them hope. However, one win in their last 12 games never got them out of the bottom three as they finished 11 points off of safety.

The final team to go down is Sheffield United. They finished rock bottom which was a huge surprise after a very good year last year in the Premier League. They had just two points at Christmas and it took them until January to get their first win of the season.

It appeared that 23 was once again the magic number in the Premier League this season. Harry Kane won his third Golden Boot this season, beating Mo Salah by just one goal, which he scored on the final day.

It was a fantastic season for Kane personally, who would also finish top of the assist charts, with 14. It was the first time he won the Golden Boot since 2017. He has since been talking about a move away from Spurs and is linked to City. We can only imagine he would break the record if he had Kevin De Bruyne playing behind him every game! 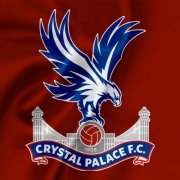 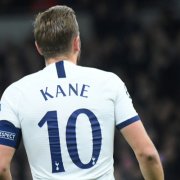