Man United’s poor start to the season carried on last night when they were beaten 2-1 by İstanbul Başakşehir. It was a very poor performance in what has been an equally poor season for Solskjaer and his side.

As a result, speculation is now brewing as to whether Solskjaer will still have a job in the coming weeks. This comes at the same times as Mauricio Pochetinno says he is ready to come back to work and the Premier League is his preferred destination.

The ex-Spurs manager has been heavily linked to join Man United ever since he was sacked last season. Pochetinno is 3/10 to be the next manager at Old Trafford, whilst Massimiliano Allegri is priced at 15/2.

Solskjaer really needs his side to turn it around, if he wants to stay at the club. His side have now lost four games in all competitions this season and their league form is very poor at the moment.

Ole has been under pressure several times during his time as manager but always seems to respond. This Saturday his side takes on Everton in what could be a make or break game for the manager. Everton aren’t in the best of form currently, however, they are much improved from last season. It will be a tough game for United, who likewise aren’t in good form. If United lose it could be goodbye Ole and hello Poch for Man United!

Solskjaer Next To Leave?

After a poor run of games, Solskjaer is now in pole position to be the next Premier Leauge manager to leave with Paddy Power. He is priced at 4/6 which is a good price considering the pressure is well and truly on. After the Everton game is the international break and that would be the best time to replace the manager as it gives them more time with their new side.

Just behind Solskjaer in the odds is Slaven Bilic at 7/2. This looks like a good bet as West Brom are now seven games without and in 18th place in the Premier League. They are playing Spurs on Sunday who are in good form of late and will expect to put a few past West Brom. Should United win and West Brom lose, then the odds could change!

Scott Parker is another man who is worth a look at, at 11/2. Even though his side picked up their first win of the campaign last weekend, they aren’t exactly flying. Fulham face West Ham Saturday which again wont be an easy fixture for them. 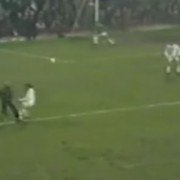 Is This The Worst Penalty Of All Time?
Scroll to top