Once again the rumour mill has started turning and Ronaldo to finally go back to Old Trafford is right up there!

Every year this rumour surfaces again to send Man United fans into meltdown. They are desperate for him to come back and there is the running joke that he’s on the longest loan spell in history from the club and that he will be back one day…

United signed him back in 2003 after he impressed not only Ferguson but the whole squad in a friendly against Sporting Lisbon. He went on to play for the club until 2009 scoring 118 goals in 292 games. Whilst at the club, United won three Premier Leagues, a Champions League and a Club World Cup along with many domestic trophies. Ronaldo himself won the Ballon d’Or, two PFA Player Of The Year awards and a golden boot. It safe to say he was a success at Old Trafford.

He then left the club for Real Madrid where he took his career to the next level winning four more Ballon d’Ors and four more Champions Leagues. After his spell in Spain, Ronaldo headed to Italy to join Juventus where he won the Seria A in his first season and was also Player Of The Season. However, it appears now that Juventus are willing to let the 35-year-old leave and he is keen for it also, but where will he go?

Juventus seem to be keen in bringing Neymar to the club and PSG likewise with Ronaldo. Currently, a swap deal is being talked about and this would be a move that could well happen. PSG would have the funds to pay Ronaldo’s wages, which would be the biggest issue. A move to Ligue 1 would also suit Ronaldo as the league isn’t as tough so he would be able to manage with getting older. On top of this, they will still be in the Champions League, which would be a big thing for Ronaldo.

This would be huge for Man United and one that might help them get back to the top. Ronaldo would be welcomed back at the club and again, United are another side that could afford his wages. United have had a tendency over the years for bringing in players towards the ends of their careers, Ibrahimovic and Cavani being two. United fans have always thought Ronaldo would one day return and this may be the final chance the club has to bring him back.

Ronaldo had a fantastic career at Real and since he left, they haven’t been the same side since. They have struggled to reach the heights they were at whilst Ronaldo was at the club. Real made £80 million from the transfer of Ronaldo to Juve and wouldn’t have to pay anywhere near that to get him back. 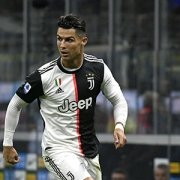 Is It A Bird, Is It A Plane? No, Its Ronaldo