The pressure and scrutiny of a Premier League manager is like no other, and with our first sacking already happening, who is going to go next?

Every year Premier League managers come and go, with it looking a completely different place at the end of the season compared to the start. Last season there were four sackings in total, with the first not happening until December. Slaven Bilic was the first to lose his job which came as no surprise as West Brom were struggling.

This season we have seven new managers. They have either come up with one of the three promoted sides or have started new jobs at Premier League clubs this summer. With this comes pressure and potentially clubs realising they have hired the wrong manager.

Xisco Munoz of Watford was the first to go this season. His side had seven points so far from a possible 21, not a bad start for the newly-promoted side. Steve Bruce joined him as well. He was sacked after Newcastle were taken over by new owners and fans wanted a change.

When Solskjaer brought in Ronaldo, Sancho and Varane this summer, he probably never imagined being one of the favourites for the sack. Recent results, however, have been far from impressive and once again many are questioning whether Ole has what it takes to get United challenging for the title again.

United are in very poor form of late with just one point in their last three league games. They have kept just one clean sheet so far this season and they look like they’re struggling for ideas when on the pitch. In their next six league games they take on, Liverpool, Chelsea, City, Spurs and Arsenal as well as Champions League fixtures in between. If they play as they have recently, they won’t get many points and United could be looking for a new manager.

The ex-Leicester and Premier League winning manager is only one game into his new job at Watford but is already one of the favourites to lose his job. In his opening game, his side were beaten 5-0 by Liverpool and it was a very poor performance from them.

What doesn’t help Raniere is the fact his employers are Watford. They have a track record of making poor decisions when it comes to managers and sacking them. You can guarantee, if Watford aren’t doing well after the New Year then the pressure will be on him.

Norwich have had a horrible start to life back in the Premier League. They have picked up one point from 21 and that came in their last game away to Burnley. After doing so well last year in the Championship, fans would have been hoping for a bit more from their side but it hasn’t been the case.

Currently, Norwich are three points from safety so still have a chance of staying up but may need to make a change soon. Unless Farke can get a drastic change in results then it might be time for the two to part ways and Norwich try to not go straight back down once again!

There were questions asked about the current Spurs manager when he was given the job this summer. He left Wolves off the back of a poor season and wasn’t Spurs first choice for the job. Since taking over at the London club, his side have had five wins in the league and three losses. All their losses have come in their last four games and now the pressure is on.

The form of Harry Kane is another issue for Nuno. Last season, Kane has the most goals (23) and assists (14) in the Premier League. This season it couldn’t be much more different, so far in six games, he is yet to record either. Nuno’s style of play is defensive which isn’t helping the likes of Kane and Son, who need to be scoring goals for Spurs to have any chance of a top-four finish. The next few games are going to be key for Nuno if he wants to have a good go at this job! 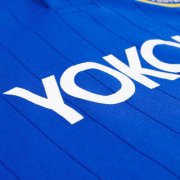 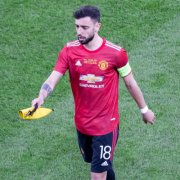 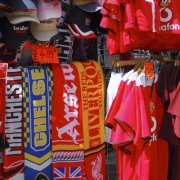 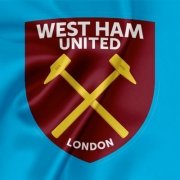