Cole is arguably the best left-back the Premier Leauge has ever seen. He enjoyed 15 years in England’s top flight before moving abroad to play in Italy and America. Cole confirmed on Sunday that he had retired from the game and has now started his coaching badges along with fellow left-back Patrice Evra.

The left-back started his career at Arsenal, working his way up through the youth system there. Cole was in and out of the team as a youngster to start off with and went to Crystal Palace on loan for more first-team experience. Upon returning to Arsenal, he got himself into the first team and established himself as a top defender. He had a very successful time at Arsenal, winning two Premier Leagues and three FA Cups. Cole was part of the 2003/04 Invincibles side. However, his time at Arsenal didn’t end very well. After personally approaching Chelsea over a move he was fined by the Premier League and Arsenal. He did eventually get his move, but this came a year later.

Ashley Cole signed for Chelsea for £5 million and William Gallas going the other way. Cole hit the ground running at Chelsea, winning the FA Cup and League Cup. Whilst at Chelsea he went on to win the Premier Leauge once more as well as four FA Cups and one League Cup in total. But it was at Chelsea he really announced himself on the European stage. Cole won both the Champions League and the Europa Leauge. Towards the end of the 20134/14 season, Cole found playing time limited and was released at the end of the season.

He then went on to play for Roma for two years before heading to America to join LA Galaxy. He was made the captain of the club in his final season there in 2018. Cole’s last club was back in England when he joined Championship side Derby. He helped the club reach the playoff final but they were beaten by Aston Villa. This was Cole’s last club he played for before retiring.

On top of a fantastic club career, Cole also played 107 times for England. He featured in three World Cups and two European Championships. Cole also holds the record for the most England appearances by a fullback.

Well it’s come to that time… I’ve officially hung my boots up. After 20 years of playing professional football, i’d like to thank every manager I’ve had the pleasure of working with. To every player i’ve played with, you’ve been my second family! I’ve had so many great memories that I’ll never forget and i’ve been so lucky to win trophies along the way. Playing for my country has also been a huge privilege and source of pride for me. I’ve always dreamed of walking off the pitch for the last time with my family and i’m thankful I’ve had that moment with them. Without my mum’s sacrifice, my dream could never have been achieved. Thank you ❤ It’s time to be with my beautiful family, Sharon and my two amazing kids ❤ I’m looking forward to a new and exciting chapter in coaching. Ashley @cpfc @arsenal @chelseafc @england @officialasroma @lagalaxy @dcfcofficial

The two biggest clubs in Cole’s career, Chelsea and Arsenal, are competing against each other for top four this season. It doesn’t look like either club has the squad to challenge Liverpool and Man City for the title. However, if you do think that either side can put on a shock title charge then Bet365 have Chelsea at 50/1 and Arsenal at 33/1.

Both sides though will be aiming for the top four at least. Again Arsenal are the favourites for this due to them being able to sign players, and having a more experienced manager in Unai Emery. Arsenal are at 10/11, with Chelsea at 5/2. Arsenal have started the season brightly, winning both their games with Chelsea only putting one point on the board after two games.

Lampard may be aiming for a cup run with his side, whilst the other top teams will be looking to be consistent in the Premier League. Chelsea are 9/1 to win the FA Cup with Arsenal behind them at 10/1. Again, Chelsea are looking the more likely to win the Leauge Cup according to Bet365. Lampard’s side are at 10/1 with Emerys at 12/1.

Bet365 has many more odds available on other competitions for both sides including the Champions League and the Europa Leauge. Use the link below to see what else Bet365 are offering! 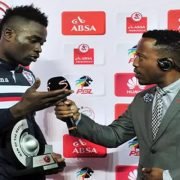 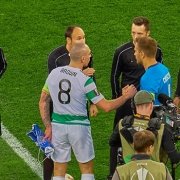 Celtic Scott Scores Then Is Sent Off! 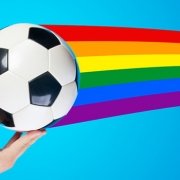 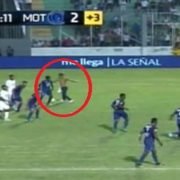 Lord Bendtner Back To His Best…
Scroll to top