With just five games to go in the Premier Leauge, the race for the golden boot is getting very close with four players in with a real chance.

The Premier League Golden Boot is always a great competition between the league top goal scorers. It makes certain games more interesting towards the end of the season cause every goal really matters.

Last season the award was split between three players, Mane, Salah and Aubameyang. All three of them finished the season on 22 goals. This is the lowest total since the 2010/11 season when Berbatov and Tevez both scored 20 goals.

Thierry Henry has won the most Golden Boots in Premier League history with four. These all came between 01/02-04/05. We’ll look at the odds now for this season and if we think they have a chance of winning the award.

The Leicester frontman is on fire this season under Brendan Rodgers. He is currently the league’s top scorer with 21 goals so far. He is two clear of Pierre-Emerick Aubameyang in second place. Vardy has never won the Golden Boot before, but this season looks to be his best chance.

Vardy has retired from international football and it seems to have done him good. He now gets break so is at peak fitness which will help him compared to the other players. Behind him is Maddison who is one of the only players in the Premier League to have created of 50 chances. On top of this Vardy takes penalties for Leicester which will help bring his goal tally up.

He recently scored his 100th Premier Leauge goal and with five games to go will be confident of adding more.  Leicester have a tough run-in with games against Spurs, Arsenal and United. Vardy does however have a knack of scoring against big sides.

With 19 goals this season Aubameyang is once again on fire. He won the Golden Boot last season and has been prolific in front of goal again this season, even with Arsenal having a bad season. Aubameyang also takes penalties for his side and the way VAR is going, he might get a few more chances before the season finishes.

This season Arsenal have only scored 49 goals. This means Aubameyang is responsible for nearly half of those goals. Now under Arteta, you would expect them to score more which is only a good thing for the strikers chance of winning a second Golden Boot.

Aubameyang has had a slow start since the restart but you wouldn’t back against him winning a second golden boot.

The two time Golden Boot winner has had a fairly quiet season for him. He has scored 17 times this season which compared to his first season is a way off. His side are now officially champions and Salah recently said he has his eyes set on the Golden Boot.

In his last two seasons, Salah has shown he has the ability to go on scoring runs and this could still happen with just five games to go. The front three he plays in are fantastic on the counter-attack. They create lots of chances and Salah is very likely to add a few more to this seasons tally.

Liverpool still has to play Newcastle, Brighton and Burnley in their last five games. Now, no games in the Premier League are easy, but Salah would back himself to score against these sides.

This seasons surprise package is the Southampton striker. He hardly featured at Liverpool but the move down South have brought about a different player. He has 18 goals this season which includes three goals in his last four games.

Southampton may be struggling but this doesn’t seem to be affecting Ings. Considering he’s only three goals off and at 15/2 it could be well worth an outside bet. Ings has been consistent throughout and looks in great form of late. Southampton still have Brighton and Bournemouth to play, who have both been conceding a lot of goals recently.

The English striker, like Vardy, has never won a Golden Boot but he’s only 22. This season though he has beaten any of his previous Premier League season records. So far he has 15 goals. Six of these have come from penalties which is another thing to consider.

This season he has started every game, when he has been fit, showing how important he is to Solskjaer. Bruno Fernandes has joined the club and had a huge impact. He has got United playing much better and scoring lots of goals.

With five games to go, Rashford will need to be at his very best but considering United are scoring for fun, it could be worth an outside bet! 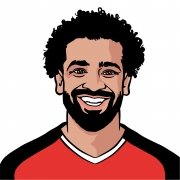