The Best awards are given out yearly from the world governing body of football FIFA. There are four awards available for each men and women. These include, Player, Goalkeeper, Coach and World11.

Lionel Messi has won the mens award more than any other player, winning it for a record sixth time. However this does include his Balon d’Ors as Fifa partnered with France Football for this award before separating in 2016 to make their own one.

There is also the Puskas Award and the Fair Play award. The Puskas award is awarded to the best goal of the year and winners of this in the past have included Salah and Giroud. The Fair Play awarded is pretty self explanatory. It is given to the team who displays the best act of fair play that year.

Up for the award this year was Messi, Van Dijk and Ronaldo. Many thought that Van Dijk would win the award after the incredible year he has had. He has had a brilliant year winning the Champions League and turning Liverpool into one of the best defences in the world.

However, it was Messi who took the award, receiving the most votes from manager, captains and journalist from each nation. He won the league with Barca as well as getting to the semi’s of the Champions League. On top of this he scored 54 goals and got 20 assists in 58 league games!

The Argentine though will now be looking to go one round further next year and win the Champions Leauge. Barca are currently at 5/1 to win it this year, which could be a good bet if they can have a fully fit squad.

The Brazilian keeper has had a brilliant debut season at Liverpool. He kept 32 clean sheets in all competitions and was a massive part of their Champions League success, especially compared to Karius in 17/18!

Alisson though was up against tough competition in Ederson and Ter Stegen. His Brazilian team mate kept one less clean sheet than him in the Premier League last season.

The second Liverpool winner at the awards was Klopp. Even though Guardiola won the domestic treble in England, Klopp winning was the right choice!

Klopp took his team to their second Champions League in two years. This was a fantastic achievement considering their net spend over his time at the club. Klopp has turned some average players into world class whilst at Liverpool. The club will be looking to make it two Champions League wins in a row this year and are at 13/2 on Betfred. Considering how well they have started the season, 13/2 is very good odds.

Rapinoe was up against tough competition in Lucy Bronze and Alex Morgan. She captained the American side to their fourth women’s World Cup win.

On top of winning it she also finished the tournament as joint top scorer with Alex Morgan on six goals. Rapinoe also managed to get herself three assists summer. She was very impressive in France, scoring goals in the quarters and the final.

The nominations for the World XI got released last month. The Premier Leauge had the most nominations of players for it with 22. It is always a well debated topic as to who gets in the team as a lot of the time it isn’t always based on performances.

This years XI was as follows;

Real Madrid players were contentious additions. Last season they were very poor in the league and Champions League. Many thought that Andy Robertson should have been included in the team. 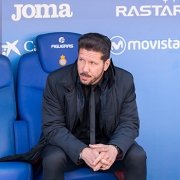 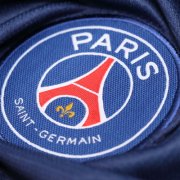