Manchester United had a great chance to cement themselves in the top four last night. Over the weekend, Leicester and Chelsea were both beaten and a win for United would have seen them go a point clear of Chelsea into third.

Solskjaers side has been in great form of late and were the clear favourites for their match at Old Trafford against Southampton. Going into this one, The Saints were unbeaten in three, which included a win over Man City, so they wouldn’t be a pushover!

Southampton got off to a good start but United had the opening chance. Martial picking up on a mistake by James Ward-Prowse but the French striker couldn’t convert the one on one. Southampton though did manage to capitalise on a Man United mistake. Pogba losing the ball and Armstrong converting at the back post.

United though turned it up a level and scored twice in three minutes to get the scoreline back to 2-1. Rashford scoring first and then Martial getting the second. United took control for a while but couldn’t get their third goal.

Rashford had a good chance in the second half but a fantastic last-ditch block saw him miss from five yards out. As the game went on it looked like United would be closing it out and finishing in third place. However, an injury to Brandon Williams added on five minutes. In the last minute of added time though Obafemi tapped one in on the line to finish the game off 2-2.

The draw saw United stay in fifth place, level on points with Leicester and one behind Chelsea.

Who Will Get Top Four?

Even with last nights set back, United are still odds on to get into the top four. They are priced at 2/7 with Paddy Power as it is still in their hands. They have to play Leicester on the last day of the season, so if they win their remaining three games, they will get top four.

Chelsea are at the lowest price at 1/4. They have a tougher run-in though, with games against Liverpool and then Wolves on the last day. Liverpool will be a very tough game as they are now going for the points record.

Leicester, who are currently still in the top four by goal difference are priced at 6/5. They have three very tough games to go against Sheffield United, Spurs and Man United. On top of this, they have managed just one win in their last six games so need to find some form soon! 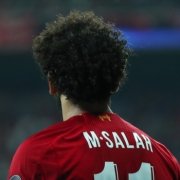 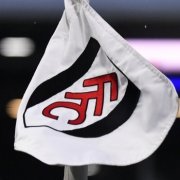