UEFA hand Manchester City a two-year ban in the Champions League as well as a €30 million fine for once again breaching financial fair play rules!

On Friday evening UEFA released a statement in which they announced they had come to a decision regarding Man City and the financial fair play allegations. It is regarding sponsorship between 2012 to 2016. City were bought in 2008 by Abu Dhabi United Group for £210 million.

When they were bought in 2008, it lead to them becoming one of the biggest clubs in the world. The owners heavily invested in the side and City since have won four Premier League titles as well as many other competitions.

UEFA have already fined Man City before for Financial Fair Play. This was done back in 2014 and they were given a £49 million fine. This latest fine though reflects the severity City’s breach of financial fair play.

What will City do next?

Firstly, City have said they are “disappointed but not surprised” by UEFA’s fine. They are now going to appeal the decision to the Court of Arbitration for Sport (CAS). As this could be a long process though, City may play in the competition next season if the appeal is still ongoing when the 2020/21 competition starts.

This w0uld mean the ban would be suspended and then the two years would start in 2021/22 if they were found to be guilty by CAS aswell. A ban from the biggest competition in football would have huge implications for the club.

Ever since the current owners came in, they have said their main aim is to win the Champions League. Pep Guardiola was brought in for this mainly after having won it twice with Barcelona. Many are now wondering as to whether Guardiola will stay with the club. He has said he will see out his contract until the end of 2021 but many people think he could leave to manage someone else in the Champions League.

In terms of signing players, this could also have a big impact now. The worlds best players all want to play in the Champions League and even though City can offer huge wages the fact they have the ban could put them off. To make it worse as well, some of their best players may look to leave the club as well.

Other Clubs in the Premier League will be made up with this decision now as it may mean that fifth place goes into next seasons Champions League.

Pep and his side are still in the competition and take on Real Madrid next week in the Round Of 16. They are this year’s favourites with Betway at 4/1 with Liverpool just behind at 9/2. 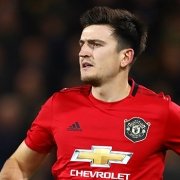 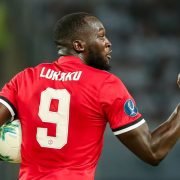