After beating Newcastle in the quarter-finals of the FA Cup, Man City are now the favourites to go all the way and win it for the second year on the run!

Last weekend was the quarter-finals of the FA Cup. It was an all Premier League affair with Man United, Chelsea, Man City and Arsenal all still in the competition. All four sides managed to avoid each other potentially setting up two big semi-finals!

Man United played first and they visited Norwich. Solskjaers side dominated most of the game and took the lead through Ighalo. Norwich equalised last on though through Todd Cantwell. The game look destined for penalties but captain Harry Maguire slid one home in the 118th minute to send United through.

The next game was on Sunday morning when Arsenal took on Sheffield United. The Blades took an early lead but it was ruled out for offside. Arsenal then went in front thanks to a Pepe penalty. Sheffield United scored in the second half but it was again ruled out for offside. They finally scored in the 88th through McGoldrick but Arsenal snatched it in the 91st minute thanks to Ceballos.

Chelsea took on Leicester, in which on paper looked like it should have been a great game. It was a fairly boring game with both sides not creating too much. Abraham thought he broke the deadlock in the 55th minute but this was ruled out for offside by the linesman. However, seven minutes later they scored when Barkley converted a cross from Willian. The game stayed at 1-0 and Chelsea went through.

The final game was Newcastle vs Man City. The visitors were the 1/6 favourites for this one. City took an early lead after De Bruyne scored from the penalty spot. Newcastle fought hard and should have equalised when Gayle fired over from six yards. City doubled their lead when Sterling bent one into the bottom right corner from the edge of the box. The game finished 2-0 to Peps side.

The draw was done on Sunday night and Man United will play Chelsea and Man City will play Arsenal, both games at Wembley.

We’ve given this graphic a little update, @ManCity fans 😉

Last years winners are this year’s favourites. City have won the competition six times and will be confident of making it seven this season. They take on Arsenal in the next round which is probably the best team they could have got. The two sides have met three times this season, once in the EFL Cup final and twice in the league. On all three occasions, Man City have won 3-0. City don’t have the league to prioritise now Liverpool won it last week. Pep will want to win this competition and will field his strongest team. At 8/15 the odds aren’t great but you would expect them to win the FA Cup this year.

The last team to win the competition before City was Frank Lampard’s side. They have had a mixed debut season for Lampard, but a FA Cup win would make it a brilliant start. Chelsea have struggled with injuries this season and Lampard not knowing his best side. However, now we have had the break everyone is back fit. They looked very good against Man City last week but then average against Leicester. Their record against Man United hasn’t been good this season, losing 2-0 and 4-0. Lampard knows his side are capable of beating United, it just depends which one turns up! At 4/1 its a decent bet and they have shown they can beat Man City already.

Solskjaers side have looked very good since returning from the break. Bruno has revitalised the club and now Pogba and Rashford are back fit, they look a different team. As we previously said, they have a good record against Chelsea this season. United will be confident of beating Chelsea because of this but will know that their defence does have mistakes in it. United are still in the Europa League as well as fighting for top four. It will be interesting to see if they rest any players for this one. Another thing to keep aware of is the fact that United have beaten City three out of four games this season. Should both sides get to the final, this will help United a lot!

The most successful side in FA Cup history is Arsenal with 13 wins. However, it’ll be a surprise if they make it 14 this year! They haven’t looked good this season under Arteta and they desperately need some players to leave and some new ones to join. Arsenal have an awful record against Man City this season and will have wanted to draw anyone but them. At 9/1 it’s going to be a tough ask, but no one likes the FA Cup more than them! 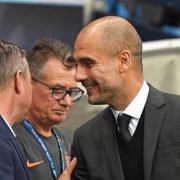 Race For Top Four Opens Up
Scroll to top