UEFA today announced that Man City have had their ban lifted and will be able to play in the Champions League next season!

Earlier in the season, UEFA announced that Man City would be banned from the Champions League for two seasons. This was due to financial fair play rules and in particular sponsorship funding.

City were confident they had done nothing wrong and that they could get the decision overturned. Since then, they have appealed it and it was taken to The Court of Arbitration for Sport (Cas).

After investigating it further, Cas today announced that this original ban would be lifted. It was initially the two-year ban and a fine of €30 million. It is now no ban at all and a fine of €10 million.

This came as fantastic news to Man City and everyone associated with them. With only three games left to play in the Premier League, City are guaranteed to finish second and as a result, will play in the Champions League next season.

City fans were worried about this for two reasons. It is thought Pep won’t extend his contract at the club and if they were banned next season, who wouldn’t have had another chance to win the competition with City. Secondly, keeping their best players. Two years is a long time in a footballers career and if they weren’t in the best competition, some of their best players may have looked to leave.

After today’s news, the odds have changed and Man City have now become the favourites to win this years competition at 3/1. They have a second leg against Real Marid to play in which they are 2-1 up. Should City get through they would have another tough fixture in what would be against Juventus.

Bayern are second-favourites at 10/3. They are 3-0 up against Chelse and will face the winners on Barca vs Napoli, as long as they don’t have a nightmare second leg. This will be a tough game for Bayern as Barca can be anyone on their day.

PSG are a very interesting one. They are priced at 5/1 and have Atalanta next. Should they get through they will play either Atletico or Leipzig in the semi’s. Both of these are winnable games for PSG and it could eventually see them reach the final.

Paddy Power has odds available on all the other teams left in the Champions League. 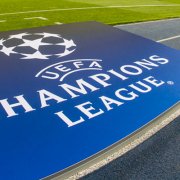