With no Ballon d’Or, this season the A Men’s Player Of The Year is the next best thing with Lewandowski leading the way!

Each year a variety of awards are given out at The Best FIFA awards. These include player of the year, the team of the year, goalkeeper of the year to name just a few. They are awarded for both men and women’s football.

The Ballon d’Or is usually the main award and the one that all players want to win. This year, the Ballon d’Or isn’t being awarded due to a lack of football, even though last season was completed and this season has started…

Ronaldo has won the award the most amount of times, twice, with Messi and Modric once each. It has only been going for four years as prior to this it was linked with the Ballon d’Or.

This years award ceremony takes place on the 17th December, with no players to be present. The usually candidates are up for it, but this year, one surprise player is leading the way. The winner is voted for by media representatives and national team coaches and captains.

The Polish striker has had a fantastic year and is rightly the favourite for this award. He finished top goalscorer last season in the Champions League with 15 goals and Bayern went on to win the competition. The 32-year-old ended last season with 55 goals in 47 games. Lewandowski has carried on this form into this season and has 15 goals in 14 games. He looks like he is at the peak of his career and can’t stop scoring. After such a good year we would be surprised if Lewandowski didn’t walk away with this award.

The first-ever winner of this award is second in the odds to win it for the third time. Ronaldo won the league again with Juventus and finished the 19/20 season with 37 goals in 43 games. For any player, this would be an outstanding return but for Ronaldo, its what we have come to expect. He has started this season well with eight goals in the Serie A in five games, along with two goals in the Champions League. However, due to this award being selected by media, captains and coaches we feel a lot would go with Messi over Ronaldo if they don’t choose Lewandowski.

2020 was a very turbulent year for Lionel Messi. The Barcelona academy graduate look set to be leaving the club after disagreements with the board and the way the club was going. Eventually, the issues were resolved, mainly due to Messi contractually not being allowed to leave. Messi still went on to have a good year with Barcelona personally, scoring 31 goals in 44 games. However, this is his lowest goal-scoring return 2007/08, making us think this award is only heading one place! 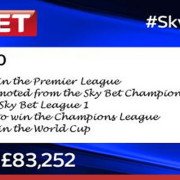