For years the Premier League has been regarded as the best league in the world but with other leagues being far closer, is it time to look elsewhere?

Most footballers around the world dream of playing in the Premier League. It is home to some of the biggest clubs in the world and has had some of the best title races in history. However, looking across Europe now it seems that other leagues are catching up with England’s top-flight division.

Liverpool are currently top of the Premier League by 22 points. The title race has been as good as over since the start of the year and Liverpool are priced at 1/1000 on Betfair to win the league. Last year the title race went right down to the last day with Man City winning the league by just one point. This year, however, Liverpool have been incredible dropping just two points all season.

What is keeping the Premier League interesting this season is the race for the top four. It is now between four clubs for it the fourth place with Sheffield United being the surprise package. There is no doubt it is still one of if not the best league in the world still but the lack of a title race hasn’t made it as entertaining.

This league hasn’t changed much over the years with Real Madrid and Barcelona being the two sides to dominate. Barca went back to the top by two points at the weekend with a win over Eibar. The two sides have been swapping places throughout the season and this weekend’s El Classico will be huge.

Barca are the favourites at 4/7 to win the league for the third year in a row. Real being two points behind are at 11/8. With both sides dropping at least 20 points each this season then the title race won’t be over after this weekend’s El Classico. On top of this, the race for the top four is close with three points separating third and sixth.

This is definitely the most exciting league in Europe currently. Bayern (4/9) are at the top of the table with RB Leipzig (3/1), Borussia Dortmund (5/1) and Monchengladbach (100/1) all closing in. Usually, Bayern are well clear at the top, having won it the for the last seven years.

Bayern though have dropped 20 points already this season and with Leipzig, only one point behind they will be ready for any slip up from them.

Like the Bundesliga, the Seria this year has been a lot more interesting. Juventus have dominated the Italian top flight for the last eight years but are now in a real title fight. Inter Milan have brought in a lot of new players and this has shown with them being six points off the top with a game in hand. Lazio are the surprise package who just don’t seem to be going away.

Juventus are priced at 4/7 with Betfair and Lazio are 13/5 being just one point behind. Inter are at 9/2 to win the Seria A and they still have to play Juventus which will make for a great end to the season.

Betfair has odds available on all of the leagues including winners, top four, relegation and top goalscorers. As there is three months left of the season it is a great time to get a bet in as there will be many more twists and turns. 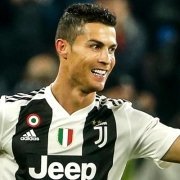 Who Is Favourite For The PFA Player Of The Year 19/20?
Scroll to top