Carlo Ancelotti is set to leave Everton after just 18 months in charge and return to one of his former clubs, Real Madrid!

Currently in the midst of a huge rebuilding process is Real Madrid. After losing Ronaldo in 2019, it hasn’t gone to plan for them and they have struggled. Recently, manager and club legend Zidane stood down from his role at Los Blancos, after feeling the club wasn’t backing him anymore.

Many names have been linked with the vacant role at one of the biggest clubs in the world. However, recently Ancelotti’s name has started doing the rounds and now it’s reported the two clubs are in contact.

Ancelotti joined Everton, just 18 months ago after they sacked Marco Silva. Many fans were ecstatic with the appointment of the Champions League winner and thought he could be the one to take them to the top again. However, after a disappointing end to this season, it seems as though the opportunity to go and replace Zidane, the man who replaced him in 2015, maybe too go to turn down.

Everton looked like they were going to get European football this season but ended up finishing 10th. They need to sort out this situation because if Ancelotti goes they need to get the right man in or it could be a long time before another big name comes in.

Who could replace Ancelotti at Everton?

The former Everton striker is a hero at the club and loved by everyone. He currently works there as one of the first team coaches and has been there for the whole of Ancelotti’s time. Ferguson had a brief spell in charge of the club between Silva and Ancelotti and did well. He understands the club and would be a good choice with the fans.

However, there is a big difference between being the interim manager and the actual first team manager. There will be a lot more pressure on a man with not a lot of experience. On top of this, he isn’t well known, especially to foreign players and they may struggle to sign new ones. He is the favourite as it stands, mainly due to his connection with the club, but would he be the right man?

For a long period of time, it looked like Howe was on his way to Celtic. There were many talks between the two parties but certain terms couldn’t be agreed upon. However, it shows he is interested in getting back into management.

Howe was linked with the job the last time Everton were looking for a manager. He received a lot of praise for his time at Bournemouth and for the way they played football. He has a lot of experience in the top flight of English football, something which Ferguson doesn’t. It may not be a fan favorite appointment, but it’s one that could steady the ship.

The Portuguese manager recently left his role at Wolves after feeling his time was done with the club. He did very well in bringing them to the Premier League and even got them into a Europa League spot.

Whether he would want to go straight back into management after having just come out of a long-term job is another question. At Everton he would likely get more money than he did at Wolves and has shown he can bring in some fantastic players. 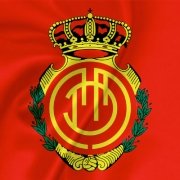 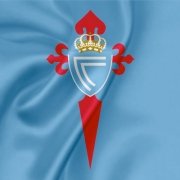