We now have 4 teams left in Euro 2020, but who are the favorites to go all the way this summer?

Euro 2020 is well underway, and we are now in the knockout stages. As with every international tournament, there have been some surprise performances from teams, both very good and very bad. The odds have changed a lot since the start of the competition and we have some surprise teams working their way up.

11 cities from 11 different UEFA countries will host this tournament. Wembley has been awarded both of the semi-finals as well as the final and group stage matches.

VAR is also making its European Championship debut and no doubt it won’t have the best performance!

After getting to the semi-finals, are now firm favorites! They have never won the Euros, with their best finish being the semi-finals in 1996 when they were hosts again.

However, over the past few years, excitement has been growing around the England side, especially after the World Cup in 2018. England got to the semi-finals and felt like they should have got to the final. England have put in their best performances in the last two games.

With the semis, and final being at the national stadium, this is a huge advantage! England has a very good squad currently with some of the most exciting players in the world in Kane, Foden, Grealish, Sterling, and many more. On top of this, they are still the only side left in the competition yet to concede.

England take on Denmark in the semi-finals and are favourites to win that game. If they can put in a repeat of their quarter-final performance, they should be going to the final. They have been drawn on the better side, with France, Spain, Portugal, Belgium, and Italy all on the other side.

Surprising everyone this summer is Italy. They won all three of their group games and have conceded just two goals all summer. It has been a far better campaign than many expected and they have played some fantastic football along the way.

Italy didn’t make it to the World Cup in 2018 and there has been a bit of a rebuild at the national team. Roberto Mancini is in charge now and they have already bettered their 2016 Euro’s where they made it to the Round of 16.

Mancini’s squad is full of fantastic players all with lots of experience. Players like Chiellini, Bonucci, Veratti, Jorginho and Immobile have played at the highest level and have been key this summer. If they can keep up their current form, they could be one shock the footballing world and go all the way.

At the start of the tournament, Spain weren’t given much of a chance to win this year’s competition. In comparison to former squads, this one is nowhere near as strong, but they are unbeaten so far this summer, which includes back-to-back games where they scored five!

Spain knows what it takes to win this competition, having won back in 2008 and 2012. At Euro 2016 they made it to the round of 16, but by beating the Czech Republic, they have already bettered that.

Luis Enriques squad does have some big-name players in there, the likes of De Gea, Azpilicueta, Alba, Busquets and Thiago. On top of this are some young emerging talents in Pedri and Ferran Torres.

Up next for them is Italy. There will need to be a marked improvement on their performance in the last game, where they just got through on penalties. Spain can beat Italy but it just depends which Spain side turns up on the day.

After losing their first two group stage games and Christina Eriksen having to leave the competition due to heart complications, no one saw Denmark even getting out of the group stages! They have been lucky being on the right side of the draw but have played very well in the last three games.

Denmark won the European Championships back in 1992, but have only made it out of the group stages once since then. Wherever they finish now is going to be a fantastic achievement, but this doesn’t mean they are going to roll over.

Even without their star man Eriksen, Denmark still have a good squad. There are a host of Premier League players in Schmeichel, Vestergaard, Christensen and Hojbjerg. Dolberg, Kjaer and Delaney have also been very good this summer.

Denmark have scored ten goals in their last three games, but won’t have come up against a tougher test than Englands defence. They will need to be at their very best to win on Wednesday but they can make it a very difficult game and the longer the score line stays close the better chance they have. 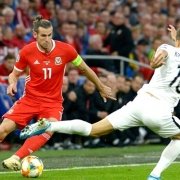 Italy First Side Into Euro 2020 Final
Scroll to top