This season isn’t even finished yet, but there are still rumours circulating as to where players will be playing their football in 20/21!

Even though currently there are no matches being played, clubs will still be looking at potential signings for next season.

There are lots of rumours going around with players such as Pogba, Sancho and Sterling apparently looking for moves away. Paddy Power already has odds available on a whole host of high profile players, and we’ll look at some now.

The French midfielder has been linked with a move away ever since he joined the club. Many thought he would definitely be off this summer but the arrival of Bruno Fernandes may make him think United are heading in the right direction. As a result, he is now 6/5 to stay at Old Trafford.

He is 7/4 to move to Real Madrid, the club he’s been linked with for many years. They are in a transition period and Zidane could be a major selling point for Pogba. At 4/1 is a return to his old club Juventus. This is where he played his best football so could be tempted back. Another viable option would be joining PSG at 5/1. This would mean a return back to his home country and would get a very generous wage.

The English forward is one of the most sort after talents in world football. He left City joined the German club at the age of 17 and has excelled ever since. However, apparently he now wants to return to England.

Man United and Chelsea seem to be the two sides battling it out for his signature. United are the favourites at 2/1 with Lampard’s side priced at 3/1. Both sides could do with him in their side as they need a more permanent choice on the right side. Sancho is also good friends with Rashford and Lingard which could sway his decision. Just behind them at 4/1 are Liverpool. The only issue with this move for Sancho could be playing time, but he would be joining one of the best teams in the world.

When City were given a two-year ban in Europe by UEFA, Sterling said he would stay with the club. Since then though, he has done an interview with a Spanish publication, heaping praise for Real Madrid. He was also pictured holding a Real Madrid kit for the interview. Sterling is priced at 7/1 to leave and considering he wasn’t very loyal to Liverpool, it wouldn’t be a surprise if he left.

PSG are priced at 16/1. They could afford Sterling and his wages but surely its a matter of time before they join City in a financial fair player error.

It is no secret that Liverpool and Jurgen Klopp are fans of Timo Werner. The German striker is having another fantastic year at Leipzig but is ready for a move now. Liverpool dont have an out and out number nine in their squad really. He is priced at 4/9 to join Liverpool.

At 6/1 are Man United. They don’t have a permanent striker at the club with Rashford and Martial mainly wingers. This would be a huge signing for them but a tough one to get.

Paddy Power had odds on a whole load of players, so check out their odds to see who could be going where 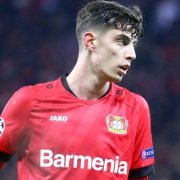 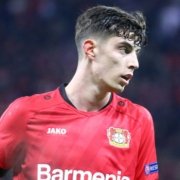 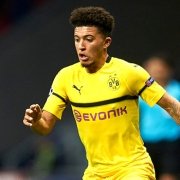 What Is The FIFA #UltimateQuaranTeam?