Ever since Haaland joined Dortmund, everyone in the football world has been talking about him. He has hit the ground running, even scoring a hat-trick on his debut.

His first month at Dortmund couldn’t have gone better and he even ended up winning the Bundesliga Player Of The Month award. To break this down a bit he played just two games and which totalled just 59 minutes where he scored five goals!

This obviously meant he had forced his way into the starting line up and would be leading the line for his new club against PSG in the Round of 16 in the Champions League.

Erling Haaland has been named Bundesliga Player of the Month for January after playing just 5️⃣9️⃣ minutes!!

Haaland turns up for the big game

Last night he was up against another world-class youngster in Kylian Mbappe. The French forward is being tipped to win many Ballon d’Or in the future.

The first half was fairly boring with it finishing 0-0. Both sides were not wanting to be out of the tie but for it had even begun!

Haaland finally broke the deadlock in the second half with about 25 minutes to go. He followed up the shots of one of his teammates and turned it home giving his side the lead. It was a propper strikers goal turning home the rebound.

The lead didn’t last long though and Neymar got a goal back for his side. It was going to take something special to get another goal and Haaland did just that. He picked up the ball around 25 yards out and drove for goal. He took one touch to get it away from Silva and rifled it into the top left corner past Navas.

He has eight more goals than Messi and Ronaldo and more than the whole Barcelona team combined! His side is now 25/1 to go all the way and win the competition and with his goals, they definitely can.

Man United will be gutted they never managed to land the young Norwegian. It came out this week that he had initially agreed to join the club before changing his mind last minute. It looks like Dortmund have had an absolute winner getting him for just £17.1 million. 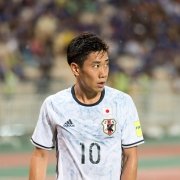 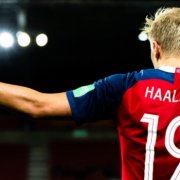