After 18 months in charge, Chelsea has parted ways with their manager Frank Lampard, with the club legend having a poor run of form of late!

Once again, Chelsea and Roman Abramovic have parted ways with their manager. This is a re-occurring theme at the club, with them having ten managers in the last ten years. This is very unusual for a big club and something that won’t bring trophies or stability!

Lampard joined the club as manager on July 4th 2019. He left his role as manager of Derby County to join the club and signed a three-year contract. Fans weren’t sure of Lampard as a manager at the very beginning. He had just guided Derby to the Play-Off final but was beaten at Wembley. Other than that he hadn’t really done much.

One massive factor in Lampard getting the job was his overall status at the club. He is regarded as one of, if not the greatest player in the club’s history. Lampard holds the record for the most goals scored for Chelsea with 211 and played a total of 648 times for them.

His first year in charge went well considering. Chelsea was banned from signing players and Lampard had to work with what he had. It went well, with Chelsea finishing fourth in the table and getting to the FA Cup final.

However, it was this season where it didn’t work out for him. He spent £226 million in the summer on transfers and the club are currently 9th in the Premier League. On top of this, his two big summer signings in Werner and Havertz have failed to get going despite having very good seasons last year. His recent run of two wins in eight games seems to have been the final nail in the coffin and he was relieved of his duties today.

Former PSG manager Thomas Tuchel is now the favourite to take over at Chelsea. He was sacked by PSG just last month but is set to become The Blues new boss. Tuchel has a lot of experience in managing top teams having spent over five years combined at Borussia Dortmund and PSG.

Tuchel won the league twice with PSG and guided them to the final of the Champions Leauge, where they were then beaten by Bayern Munich. Chelsea’s main aim this season was to win the Premier League, which won’t happen, but they are still in the FA Cup and the Champions League, which they will be hoping Tuchel can go far in.

Chelsea are priced at 90/1 to win the league this season and even though they are only 11 points behind as it stands, it would be one of the biggest shocks ever if they did go all the way. Their main aim will be to get into the top four so they can still attract big names next season. Chelsea are 23/10 to do this and definitely have the squad to do so.

It would be a good introduction for Tuchel if he was able to take win the FA Cup in his first season. Chelsea have now moved the second favourites to do so at 5/1. They have dropped in the odds since the sacking of Lampard and a new manager could spark a reaction from their expensive summer signings. 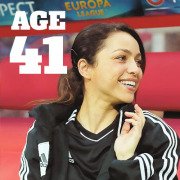 Southampton On The Receiving End Of Another 9-0 Loss!
Scroll to top