After signing some big-name players this summer, can Man United challenge again in 21/22 and win the league?

Since Ferguson stood down as manager on Man United in 2013, they have never been the force they once were. They have had four managers after Ferguson and all have failed to take the club back to the top.

United have won three trophies in the last eight seasons, the most recent of which was the League Cup in 2017. Before this they got their hands on the FA Cup and the Europa League. Now, this isn’t a bad return for most clubs, but one the size of Man United, this is unacceptable!

They have had two second-place finishes in the Premier League but both times were over ten points off of the first place, so not really a title challenge. Each season, fans get excited thinking maybe this is the, a bit like Liverpool fans did every year before they finally won the league…

Anyway, United seemed to have gone into this summer’s transfer market all guns blazing, and could this now be the turning point?

Can Man United Challenge At the Top Again?

First through the door this summer at Old Trafford was Jadon Sancho. United tried all last summer to bring him in but Dortmund were demanding too much money. For once United actually dealt with the situation well and went back in for Sancho this summer getting him for around £30 million less than last summer at £73 million.

He is a world-class talent and at the age of just 21 has got his best years ahead of him. Sancho will improve United as he will take some of the creative burdens off of Bruno Fernandes which could even see the Portuguese playmaker flourish.

United haven’t stopped there though, yesterday they announced a deal had been agreed to bring in Real Madrid defender Raphael Varane. Solskjaer’s side have been lacking a second quality centre back for a while, but have finally filled that gap.

Their defence was questionable at times last season, but a partnership of Maguire and Varane is one that really help United close the gap on the likes of City and Liverpool. 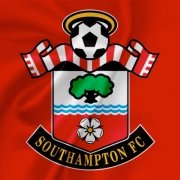