When Man City lost away to Chelsea, it confirmed Liverpool were the Premier Leauge champions for the first time. After finally winning the league, they could then set their sights on breaking various Premier Leauge records.

With Liverpool being knocked out of the Champions League by Atletico Madrid, they had nothing else to play for. This meant that Klopp could focus on this achievement and play his strongest side every week.

Before last nights game, they were on 93 points after drawing with Burnley at the weekend. With three games remaining in the league, they could finish with 102 points. This would have been enough to break the record set by Man City in 2017/18, when they won the league with 100 points.

Unfortunately for Liverpool though, this became impossible after last nights result at The Emirates. They took an early lead through Mane but by half time Arsenal were 2-1 up. This was due to two very uncharacteristic mistakes from Van Dijk and Allison. Liverpool had no reply second half and found themselves on the receiving end of a loss for just the third time this season.

Liverpool can still go for other various Premier Leauge records, but breaking the points total was the one they really wanted!

What Next For Liverpool?

Liverpool can still go for the most wins in a single Premier League season. They are on 30 currently and can match Citys record of 32 (17/18), should they beat Chelsea and Newcastle in their remaining two games.

They are currently 18 points clear of Man City, with the biggest margin of victory being 19 points, again set by Peps side. For them to beat this they will need City to drop points against Watford and Norwich, which would be a surprise.

Finally, Liverpool can match the records of Man United, Man City and Chelsea by winning 18 home games in a season if they beat Chelsea next week.

On a more personal level, some of Liverpool’s players can still go for the golden boot. Jamie Vardy is currently leading the way with 23 goals and is priced at 1/6. Salah is on 19 goals so needs four more to catch Vardy and is priced at 14/1. Sadio Mane is back on 17 goals so is a huge longshot at 150/1!

Liverpool will also be hoping one of their players win the PFA Player of The Year award. Currently, De Bruyne is the favourite at 5/6 but Henderson is a close runner up in the odds at 10/3. Sadio Mane is also close in the odds at 4/1.

However, with Liverpool having no more competitions to play for, Klopp will be planning for next season. After such a fantastic season, they will be confident of retaining the league next year. Surprisingly though, Man City are the favourites after a disappointing year. They are at 5/6 with Klopp’s side at 9/5. 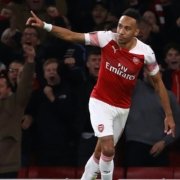 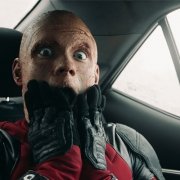