The 2021/22 transfer window is now officially open and some of the biggest names in world football are already being tipped with a move away.

Now the transfer window has opened, the rumors will go into overdrive. Every year, the world’s biggest names are linked with the world’s biggest clubs for ridiculous sums of money. This summer we had the European Championships which always end up stirring the pot for certain players and even giving others their big breaks.

The transfer window shuts on August 31st, two weeks after the Premier League season starts. This usually means teams, mainly Man United, will panic buy someone after getting off to a bad start. A lot of clubs around the world need to sell players having had a season of no fans in the ground. Fee’s may not be as high as we’ve been used to seeing because of this.

Who Could Go Where This Summer?

The Spurs striker said before the Euros that he was looking for a move away from the club this summer. His side missed out on the Champions League and were beaten in the League Cup final. He is still yet to win a trophy in his career and at the age of 28, it is probably time to move on. Currently though, Daniel Levy is not keen on him leaving at all, and thas why he is priced at 4/7 to stay at Spurs.

City have said to be very keen on bringing him in, especially with Sergio Aguero having left this summer and Jesus still not quite doing it. Kane is 6/5 to go to Man City and they are one of the sides that could offer enough to tempt Levy. City are very keen on signing the England striker however the issue could be the price. Spurs will value him way over £100 million and it is thought, City don’t want to go over this.

The world’s most famous footballer is once again being linked with a move back to Man United. It wouldn’t be a transfer window if there wasn’t a rumour regarding Ronaldo and his old club. He is currently at Juventus, with one more season left on his contract. At the age of 36, most footballers would be looking to retire, but Ronaldo still has a couple more years left at the top.

Juventus signed Ronaldo to hopefully win the Champions League. Unfortunately, he was unable to do this at his new club and they even finished fourth in the table. Now could be a good time to move him on as he would still bring in a decent price tag. United are favorites at 7/4, but his wages would be very high. PSG (5/2) could be a good option as the league isn’t as demanding and they could pay him whatever he wanted really.

Dortmund’s striker has been at the club for just 18 months but is already being tipped for a big move away. They signed him for just £20 million but could be looking to sell him for £150 million. He has shown he can perform on the big stage, setting records in the Champions League already at the age of just 20.

Werner has struggled at Chelsea and they need more goals if they want to win the league. They are said to be looking at Haaland and have players they can offload to bring him in. They are at 7/4 to bring him in with Man City just behind them at 3/1. He could join City if Kane doesn’t go and his dad used to play for City which could sway him to join Peps side.

Another man linked with a move to Man City is Jack Grealish. The Aston Villa man is wanted by many clubs but it appears City are the only ones willing to spend the money. He is 4/7 to move to the club and would be a great signing, taking some of the pressure off Kevin De Bruyne.

Villa would love to keep hold of him and he is 6/5 to do so. However, they have recently signed Buendia and have tried to bring in Emile Smith-Rowe. This shows to us that Villa are preparing for life without the forward. If City put in a big bid for Grealish it would be very tough for Aston villa to say no! 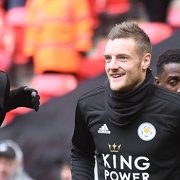 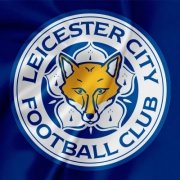 The VAR Debate: What Are European Football Fans Thinking?
Scroll to top