15 years ago a young, inexperienced, long-haired Lionel Messi scored his first goal for Barcelona and has since made himself the greatest player of all time

Messi joined Barcelona in 2001, leaving Newells Old Boys in Argentina. He wasn’t allowed to play in competitive games for Barca until 2002, due to a transfer dispute. Whilst at Barca, Messi played in the same teams and Fabregas and Pique. He underwent growth hormone treatment, due to his small size as a youth player.

In the 2003/04 season, Messi debuted for five different age groups at the academy, as his potential was soon realised. Messi made his debut for the first team at the age of 16 in a friendly against Porto. He then made his league debut on October 16th 2004 against Espanyol. His first goal came on May 1st 2005 against Albacete, a goal which was assisted by the great Ronaldinho.

Since then Messi has broken nearly every possible record whilst playing at Barcelona. He has scored 627 goals and assisted 267 in 718 appearances. On top of this, he has helped guide his club to many trophies.

In total, whilst at Barcelona, he has won:

15 years ago, after his first goal, it was clear what a talent Messi was. Everyone knew he would go on to be a good player, but few would have predicted just how good!

Where next for Messi?

Over the years, Messi has given off the impression he is a one-club man. However, at the age of 32, rumours are starting to circulate as to whether he actually is. He is constantly compared with Ronaldo, and there have been many debates as to who is the better player. One argument is that Ronaldo, unlike Messi, has done it in multiple leagues. Surely a move away would end this debate.

He is currently priced at 9/4 for a move to Man City and linking up with his old manager Pep Guardiola. This would suit both parties and City will be one of the only clubs who could afford him.

Juventus are the second-favourites at 4/1. this would be fantastic for all football lovers as it would see Messi and Ronaldo in the same team for the first time. However, Juventus would need to offload a lot of players to free up the money for him.

Surprisingly PSG are way out at 15/2. They are another club who would have the money and with it being an easier league, Messi could play for a few more seasons. 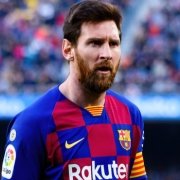 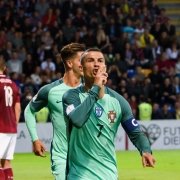