Going into Tuesday night’s game, Man City were ten points clear of Man United, with their rivals having four games in hand. If United were to be beaten it would make it mathematically impossible for them to catch City and therefore handing the title to their neighbors.

After United’s game against Liverpool was postponed it was moved to be played on May 13th. This meant that Man United would be playing Aston Villa, Leicester and Liverpool all within the space of five days.

Against Leicester, United made ten changes to their side, resting their ‘first team’ for the game against Liverpool. Many big names started though against The Foxes including De Gea, Telles, Bailly, Van De Beek, Mata, Matic and Greenwood. United ended up losing the game 2-1 however and Man City had officially won the league for the third time in four years!

After their start to this season, no one could see City winning the league. City won just three of their opening eight games, which included a 5-2 loss to Leicester and a 2-0 loss to Spurs. They looked weak at the back and many were even questioning Pep Guardiola.

However, you should never doubt the Spaniard and he proved it by going 19 games unbeaten after Spurs, winning 17 of them. This put them right back in the driving seat in the Premier League, which was also aided by the downfall of Liverpool.

United were chasing them for a while and even went top at one point, but the depth and quality of City’s squad would prove to be too much for rest of the league. As it stands they are on 80 points and can finish on 89. This won’t be their highest in history, but certainly one of their best. After such a poor start it took a lot of character and determination to get back to the top, as well as going 19 unbeaten over a bust December and January period.

This is their fifth Premier League title and their third under Pep Guardiola. Fans will be allowed at the Etihad for their last game of the season and this is when they will be awarded the Premier League trophy. It won’t be the celebrations they have been used to and the players will need to be sensible with a Champions League final on the horizon to potentially make it a treble for City this season! 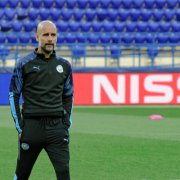 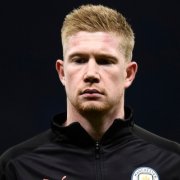