Liverpool beat Chelsea in the final of the UEFA Super Cup to make it two European trophies in the space of three months!

Last night was the UEFA Super Cup final. Every year the winners of the Champions League and the Europa League take each other on to win another European trophy. The first Super Cup final that was recognised by UEFA was played in 1973. Ajax battered AC Milan winning the game 6-1. Since then, no one has won or been to the Super Cup final more times than Barcelona. In nine visits they have come away with the trophy five times.

Going into the game both sides would have to field different sides to the ones we had seen in the opening weekend of the Premier Leauge. Liverpool would be without Alisson and Kieta. The keeper had picked up an injury in the opening game against Norwich meaning new signing Adrian would be in for his debut. Keita was expected to start but picked up an injury the day before the game. Firmino and Alexander-Arnold both found themselves on the bench, giving others a chance to play and not wanting to overplay them early in the season.

Chelsea also had a changed eleven from the one that got beat 4-0 at Old Trafford. Kante was now fit to start along with Pulisic and Giroud. Barkley, Mount and Abraham all made way, after putting in impressive performances on Sunday. Given that Chelsea had only played three days before this game, it was key that players were rested.

Liverpool started the better of the two sides. Mane went for the spectacular in the fourth minute with an overhead kick that was blocked by Christensen. Salah then had a chance one on one that Kepa got down well to save. Chelsea though then grew into the game and nearly scored through Pedro. He smashed the crossbar from close range. Lampard’s side though took control and this showed in the 35th minute. Pulisic playing through Giroud who calmly finished his one on one past Adrian to give Chelsea the 1-0 lead. Pulisic then thought he had doubled the lead in the 39th minute but he was ruled marginally offside.

Chelsea went in at half time 1-0 up but this last two minutes. A scrappy bit of play between the two sides saw Mane smash the ball into an open net. Liverpool then started to take control of the game from this point on and Kepa pulled off a world-class double save. Salah shot inside the box that took a deflection and Kepa managed to react and keep it out. The ball then fell to Van Dijk who looked sure to score but Kepa got up quickly and pushed the ball onto the bar and away.

Mason Mount thought he had won it in the 82nd minute with a fantastic left-footed finish across the goal but the offside flag saved Chelsea again. Mane then had a chance to be the hero again but his one on one effort going just past the left post.

The game then went to extra-time and up stepped Mane again to give Liverpool the lead this time. Firmino playing a brilliant ball back to him on the edge of the box and Mane smashing it into the top right corner. Chelsea though picked themselves up and got back into the game through a controversial penalty. It didn’t look like it was one but VAR didn’t overturn it. Jorginho stepped up and slotted the ball into the bottom right corner. The game was level after extra-time and it was now penalties.

The penalties that were taken were brilliant ones and everyone had scored their first four. Kepa though would have felt he could have done better with a couple where he had got a hand to but not strong enough. Salah stepped up and sent Kepa the wrong way fizzing the ball into the bottom left corner. Last up for Chelsea was Tammy Abraham. The striker scored 26 last year but is still waiting for his first Chelsea goal. He looked nervous beforehand and this relayed into his penalty as he smashed it down the middle for Adrian to get a foot to. This was the dream start for the Spanish keeper and he had won Liverpool the Super Cup. However, replays showed he should have retaken the penalty as Adrian was off his line before the penalty was taken.

This was a good win for Liverpool and will give them confidence going into the Premier Leauge and they can now trust their new keeper Adrian whilst Alisson is out injured.

Up next for both sides is the Premier League. Liverpool takes on Southampton on Saturday at 3 pm. They won there last season and are priced at 4/9 to win the game. Chelsea takes on Leicester on Sunday in what will be another tough game. Bet365 have Chelsea at 8/11 to get Lampards first win as the new manager.

In terms of winning the league overall, it could be a big ask this year for Chelsea. Bet365 has priced the London club at 66/1 after a tough start to life under Lampard. However, they have shown for large periods of both games how good they can be with the ball, they just need to take their chances. Liverpool have shown they can be up there and challenging for the title again this season. They are at 3/1 on Bet365. 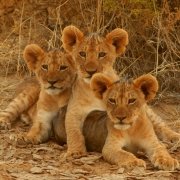 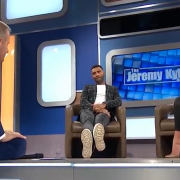