On Saturday afternoon, Leeds and Wolves clash at Elland Road, with the hosts looking to distance themselves from the bottom three.

Marcelo Bielsa’s team weren’t able to kick on from their first win of the season, losing in their last game away to Southampton. They were beaten 1-0, but were missing key players in Raphina, Bamford and Phillips!

Leeds are currently three points above the relegation zone, which is something they wouldn’t have been expecting this season. They did well last season and when they get all of their star players back, we expect them to start climbing back up the table.

It’ll be a tough game against Wolves this weekend, who are set up well defensively. Raphina should be back which will be a big boost. At home, they are a hard side to beat and given their current form, a draw wouldn’t be a bad result.

Bruno Lage’s side picked up a huge win in their previous game. They were 2-0 down to local rivals Aston Villa and a 95th-minute free-kick from Ruben Neves was enough to get the three points and the bragging rights.

Wolves got off to a tricky start this season, but have turned it around lately. They have four wins in their last five league games and it has seen them go to 10th in the table. The addition of Chan in the side seams to have helped them a lot going forward.

The visitors will be full of confidence for this one after the last game. They will need to improve their performance at the back, but if they can play with the same intensity and creativity going forward, they have every chance of getting a good result!

Bamford, Ayling and Koch are all set to be out. Phillips and Firpo are both doubtful for Leeds.

Trincao, Bueno, Neto and Mosquera are all out.

Wolves are in much better form, but with Leeds being at home and potentially having several key players back, we fancy it to finish a draw.

You can find statistics on Leeds United for various bet types using our dedicated stats pages. If you’re interested in betting on LUFC in the BTTS market, click on the link. You can also get current stats on United’s top goalscorers. Football fans who like betting in the Under/Over 2.5 market should check out the latest statistics from all the major football leagues. Those looking for more goals should try the Over 5.5 goals page.

In the 2020/21 Premier League season, Leeds United has conceded at least 1 goal in 68% of their home matches and scored in 79% of their away matches. Current season stats streaks are listed below. 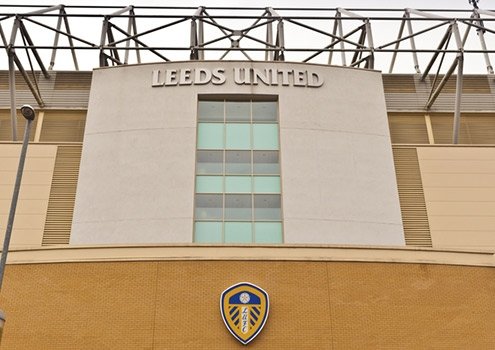