Before the La Liga season had started very few had heard of Ansu Fati but now his name is being spoken about all over the Nou Camp!

Barcelona had various injuries recently which have included Messi and Suarez. They have been forced to look at their younger players for help and in particular Ansu Fati.

Last season the younger winger was scoring for fun in the academy. His prolific goal-scoring form has since seen the 16-year old called up to the first-team squad.

He was put in the starting 11 for the game last week against Valencia. It took him just 110 seconds to make his mark in the game. De Jong found the winger and he finished emphatically giving his side a 1-0 lead. Minutes later Fati returned the favour, setting up De Jong. This was a brilliant evening for the youngster in front of 80,000 at the Nou Camp.

Getting himself a goal and assist also got him a La Liga record for the youngest player ever to get a goal and assist in the same game. The week before he scored his first Barcelona goal which got him the record of their youngest ever goalscorer. He also has more goals in his first three games than Busquets has had in his whole Barcelona career.

Fati was first picked up by Sevilla. He joined the academy with his older brother and impressed from the first day. His impressive displays at such a young age attracted interest from both Barcelona and Real Madrid.

Real offered a better financial deal but Barcelona’s sporting director at the time went directly to his home. His family were very impressed and him and his brother were on their way to Barca!

Last season, the highly-rated Xavi Simmons left Barcelona for the French capital. This was a big loss for them as he was seen as one to feature in the first team eventually. This did, however, allow them to offer Fati a better contract. He signed it earlier this year and the release clause is a staggering €100 million!

Now though Messi and Suarez are getting back to fitness, Fati is expected to go back into the youth team. However, now the Champions League is back it means more games a higher chance of injury to the first team. Fati may be back playing sooner than expected.

Barca will need their full strength side all season to win their sixth Champions League. They are currently the second favourites on Betfred at 5/1 with Man City the favourites at 10/3. 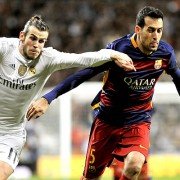 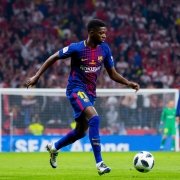 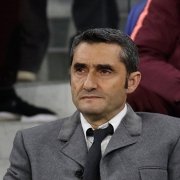 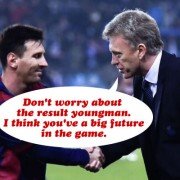