The Carabao Cup semi-finals take place this week and we’ve picked out a few Betfair Odds Boosts we like the look of!

The first semi-finals of the season are taking place this week, with Spurs taking on Brentford and Man United hosting Man City in the Carabao Cup. This year, the two semi’s will just be one leg with the game going to extra time and penalties if needed.

The final of this year’s competition has been moved to April to hopefully allow for fans to be at Wembley. City will be hoping they can go to their fourth consecutive final, having won the competition for the last three years.

Betfair has a selection of Odds Boosts on both the games and we’ve found some we like and think you should take advantage of!

We see this game being a close one. Brentford are in a great run of form having not lost in 16 games. That being said Spurs are the favourites and rightly so. They have a much better squad, but it depends on what team Jose starts with.

We like the look of Tottenham to win 2-0 or 2-1 – 10/3. Spurs’ last two wins in the league have been 2-0. We expect Jose to rest a few players tonight or give other squad players a chance. They don’t tend to score a lot of goals and Brentford will know to have any chance of getting through, they will need to keep it tight for as long as possible.

Lucas Moura to score first – 13/2. Lucas isn’t known for being the most prolific goalscorer in the world however he will expect to get a start tonight. The Brazilian has bags of pace and can cause most defences harm. At 13/2 it’s a good price for a forward we expect to start and be on the winning side.

Hopefully, we don’t get a repeat of the last time these two sides met in the leauge. The game finished 0-0 and it was such an anti-climax. Both sides have important games coming up in the league and as a result, may rest players. However, they have lots of quality in their squads and it should still be a good game with some great football played by both sides. City are the favourites and we think they may just get through in a close.

Kevin De Bruyne & Bruno Fernandes to have 1 or more shots on target each – 6/4. It’s a low price but surely it’s a banker. Both these men will want to be playing tomorrow and their managers will be keen to get them on the pitch at some point. They are very confident at taking on shots and if both start this should come in!

Man City To Win 2-1 or 3-1 – 5/1. The last game was a very close and we expect this time to be slightly different. Both sides are full of confidence at the minute compared to when last met. With City being the favourites we expect them to win but United have scored in their last six games. 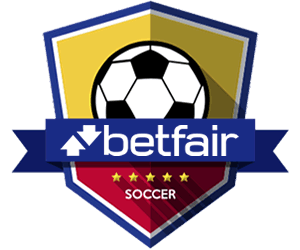