West Ham’s third-choice goalkeeper David Martin was in tears after making his debut in Saturdays London derby against Chelsea.

On Saturday afternoon, Frank Lampards Chelsea hosted West Ham in a London derby. The hosts went into this as the favourites after winning ix in their last seven Premier League games. The Hammers, on the other hand, weren’t in such good form. They were without a win in seven games and just one place above the bottom three.

Something had to change at West Ham to help them start climbing up the table. Many rumours have been circulating that Manuel Pellegrini is on borrowed time. No such change had happened and the Chilean was still in charge for the big game

There was pressure on the manager to drop goalkeeper Roberto. The Spanish shot-stopper has had an awful season. He has come in due to Fabianski being injured but hasn’t taken his chance at all. This was a huge blow for West Ham as Fabianski was one of their best players last season.  As such Pellegrini was forced to bring in third choice keeper David Martin.

Emotional day for the Martin family

Martin was signed at the start of this season after seven years at MK Dons. As a youth player, he was in the academy at West Ham. At the time his dad, Alvin Martin, was a club legend who played 598 times for The Hammers in defence. After this, he went to Spurs and then had various loan spells until settling at MK Dons.

This weekend he was making his West Ham and his Premier League debut. His family were in the crowd at Stamford bridge supporting him. Martin’s debut nearly got off to a shaky start. He missed judged a cross that thankfully came off the post instead of going in. After this, his nerves settled and he made a fantastic double save.

His side managed to hold on to a 1-0 lead and they came away with the three points. The full-time whistle went and Martin fell to the floor in tears of probably joy and relief. Growing up as a local lad from Romford it was his dream to play for West Ham and at the age of 33, he managed to fulfil this. Martin then went over to the crowd and hugged his dad who was also in tears. A fantastic day for their family!

The win saw West Ham climb to 13th in the table from 17th. They are now priced at 4/1 on Betfred to go down, which could still easily happen if they manage to go seven games without a win again. Up next for them is another away trip to Wolves. The hosts are again the favourites with Betfred at 3/4 with West Ham at 7/2. This will be a tough game for Pellegrini but a win would be huge for them and could potentially kickstart their season.

What a debut ⚒️ 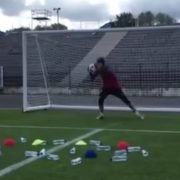 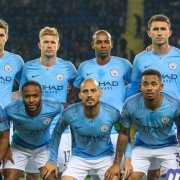 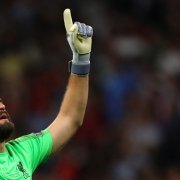 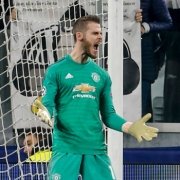 David De Gea Has Yet Another Blunder 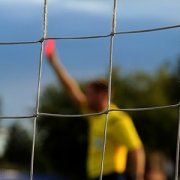