Last night was the final of the Spanish Super Cup. Due to this year’s new format, the final was in Saudi Arabia. Real beat Valencia in the semi-final to set up a Madrid derby in the final. To get there, Atletico came from behind to beat Barcelona thanks to a Morata penalty with five minutes to go.

Going into it both sides started their strongest possible eleven, however, Real Hazard, Bale and Benzema due to injury. Last years winners were Barcelona, so with it being a Madrid derby, we were guaranteed a new winner.

In terms of goals, the game itself wasn’t one that’ll be remembered. Between the two sides, they had a total of 39 shots, with only ten of them being on target. Real dominated the ball and had 66% of possession. Valverde’s first big moment came to him inside Atletico’s box. He had a chance to open the scoring but headed wide instead of into the open goal from four yards out.

Morata had a good chance himself but he forced Courtois into a great save, diving to the bottom left corner. The chances were limited and Mendy nearly broke the deadlock but in his own net. A cross came in and deflected off of Mendy but once again Courtois was there to keep the ball out of the net.

In extra-time, it looked as if once again Morata was going to be the match-winner. Running through one on one, Real fans thought it was over. Upstep Federico Valverde. Running back he knew he wouldn’t catch him and went for the Sunday league approach of taking him out. Atletico’s team weren’t happy and there was lots of pushing going on before the Uruguayan was shown a red card.

Zidane wouldn’t of minded though as it kept his side in the Super Cup. The game went to penalties and Atletico missed two of their opening four. Koke hit the post and Thomas’ penalty was saved. Ramos stepped up for the fourth penalty and sent Oblak to wrong way to win the game. Even though Real won the cup, the main talking point will be Valverde’s challenge.

Both sides are still in the Champions League but will have one eye on trying to take the La Liga trophy from Barcelona. Real are second in the table to Barcelona but only on goal difference. They have improved this season and have only lost once. But its drawing that is their issue. Seven times this season they have come away with one point and had they been more clinical they would be well away from Barca now.

Atletico are five points behind the top two. They like Real have been hard to beat, having only lost twice. But draws are their issue also and have drawn eight times this season. Atletico sold their main goalscorer in Antoine Griezmann last season to Barcelona and replaced him with Joao Felix. He has struggled since arriving having only scored twice in 15 games.

Barca are the favourites for the title at 8/15 with Real just behind with Betway at 13/8. They aren’t giving Atletico Madrid much of a chance to win the title and have them at 33/1. 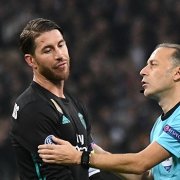 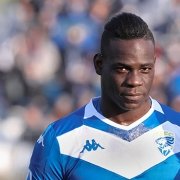 Another Disciplinary Issue For Mario Balotelli