Some of the Premier Leagues greatest took part in Vincent Kompany’s testimonial and showed some of them could still cut it in the top leagues!

On Wednesday night, a group of Premier League legends and Man City legends (a small group to pick from) played each other in Kompany’s testimonial match. The Belgian defender has left the club this summer after 11 years and 10 major trophies.

The match was a success and there was a crowd of over 51,000! All the proceeds of the match were going to Tackle4MCR, a charity working to eradicate sleeping rough in Manchester.

Since leaving City, Kompany has gone on to be player/manager at Anderlecht. Unfortunately for him it hasn’t got off to the best of starts. His new team have won just one out of six games, and see themselves 13th out of 16. The City legend has signed Nasri but this hasn’t had the desired effect.

Kompany, in true Kompany fashion, has sustained an injury before the game and as a result had to not play in his own testimonial!

However, the game still had many more fantastic players on show including Aguero, Scholes, Giggs, Silva, Van Persie to name a few!

Who you looking forward to seeing in action? 😏

The game got off to a great start for the home fans and Kompany. A mix up at the back between Neville and Carragher saw Petrov through on goal to make it 1-0 after a minute. The ex-rivals now colleagues could be seen arguing with each other as to who was to blame.

As the match progressed, the Premier League team got more involved and took control. Arteta, Scholes and Carrick were running the game. They nearly got an equaliser when Scholes played through Van Persie. The Dutch striker went to chip Joe Hart, but the keeper stood tall.

They did eventually get their equaliser through a great move. Quick one and two touch football between Carrick, Giggs and Van Persie saw Robbie Keane through on goal. The Irishman finishing into the bottom left corner.

The game was 0-0 at half time, with Neville having to go off just before the break with a pulled hamstring!

In the second half the Premier Leauge side came out on top again. A good one-two between Van Persie and Cahill saw the ex-Man United striker giving his side the lead. A fantastic finish from the edge of the box into the bottom left corner, vintage RVP.

In the second half the players energy levels were clearly running out as the game got slower. However, Paul Scholes still managed to show some moments of magic. A outside of the boot pass that looked to go one way somehow went the other!

Form is temporary, class is permanentpic.twitter.com/W2Dqu8gqFU

Ex-Man City striker Benjani made his way onto the pitch, much to the delight of the fans. He had an instant impact as well. A ball into the box saw him beating Carragher to the ball and giving his side an equaliser. Benjani then treated the home fans to his trademark celebration that Micah Richards seemed to enjoy!

With not long left on the clock and players getting tired the game died out towards the end and it finished 2-2. However, it was still a very entertaining game, one that showed that almost all of the players on the pitch still had something left in the locker!

Silva, Aguero and Arteta will now be turning their attentions to this weekends away game against Norwich. The home side haven’t had the best of starts to life in the Premier League. They are currently 19th and this should be a routine win for Man City. Peps side are 1/7 to win on Betfred, with The Canaries causing and upset at 14/1! City are hunting for their third Premier League title in a row and are favourites to do so at 2/5, with Liverpool the closest competitors at 5/2. 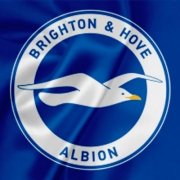 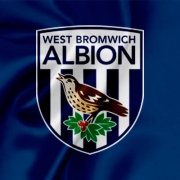 Who Said International Football Was Boring?!

Do Barcelona Have A New Hero?
Scroll to top