Serie A game between Inter Milan and Sassuolo paused due to parachuter have to make an emergency landing on the pitch!

Last Sunday, Inter Milan took on Sassuolo away, with Conte’s side looking to make it three wins in a row. The visitors fielded a very strong with ex-Man United striker Lukaku leading the line. This was a big game for Inter as a win would allow them to open up a four point gap on Atalanta in third, whilst only being one point behind Juve.

Inter started the game perfectly, taking a 1-0 lead after just two minutes. Striker Martinez getting them off the mark. This lead didn’t last long though as Sassuolo scored in the 16th minute. Belgian striker though restored their lead in the 38th minute with a fantastic turn and finish inside the box.

It looked like the game was going to be 2-1 at half time but Inter were awarded a penalty after a foul on Martinez. Lukaku picked up the ball looking to bag his second of the game. Just as he was about to the most unexpected thing happened. A parachuter landed on the pitch bringing the game and everyone involved to a stand still. Security ran on to the pitch and escorted the man off the pitch as quickly as possible!

It is reported that the man will now face a lifetime ban from Serie A games. He has since said that he had to make an emergency landing and that he didn’t know the “little green square” was actually a football stadium!

This though didn’t face Lukaku who slotted home his fifth goal of the season. The entertainment didn’t stop there though. Both sides carried on with the goals in the second half and the match finished 4-3 Inter, with Martinez getting his second and Inter three points.

This win now see’s Inter right behind Juventus and Lukaku four goals behind top scorer Immobile. Up next for them is Parma at home on Saturday. This is another big game with Parma in eighth place.

Lukaku will be hoping for a better season this year compared to last one. For him to finish top scorer in the Serie A in his debut season is 7/1 on Betfair! He has shown in the past he can be consistent and all it takes is one good game for him to be up near the top.

Inter are going to be trying to stop Juve winning their ninth league title in a row. Betfair have them priced at 7/2 with Juve at 1/3 to be top come the end of the season.

Unfortunately, Betfair don’t have any odds another parachuter landing on a pitch again, but you’d expect the odds to be slashed now! 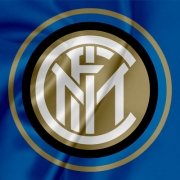