Nicklas Bendtner has moved to F.C. Copenhagen and its safe to say his first training session has gone viral for the wrong reasons!

Bendtner has become somewhat of an internet sensation since he first graced the Premier League for Arsenal back in 2005. He didn’t have the best of times at The Gunners in his nine years. He featured 108 times and scored 24 goals.

During this time he was loaned out to fellow Premier League clubs at the time Birmingham and Sunderland. In a total of 70 games he got 19 goals, again not breaking any records. This thought somehow landed himself a loan move to one of the biggest clubs in Europe, Juventus. His time in Italy wasn’t any better and in 11 starts in total he managed no goals.

Time was running out for the Danish striker and Arsenal eventually called time on his career with a move to Wolfsburg in 2014. Again Bendtner didn’t hit the heights expected and his career was going nowhere. He did however leave England with the title of Lord Bendtner. A Danish publication bought him a square foot plot of land in Scotland, which officially gave him the title of a Lord.

We saw the very best of him though at Rosenborg from 2017-19. Here he managed 24 goals in 57 goals. Exactly the same amount he got for Arsenal but in 51 less games.

This resulted in F.C. Copenhagen coming in for him. They are last seasons Danish League champions and from Bendtners home. This move had big expectations for the striker but by the looks of his first training sessions, the goals won’t be coming thick and fast…

Nicklas Bendtner looking as sharp as ever in training for FC Copenhagen pic.twitter.com/BVOpXAiFNH

Bendtner didn’t look his sharpest in this video, something the fans and the manager will be hoping can be put down to first day nerves. He has though been a big hit with the fans. Since his arrival all ‘Bendtner 32’ shirts have sold out and the club website has crashed.

The striker is also due to make his debut soon for the reserves team. Usually fans can go and watch these games but such is the hype around their new signing it has had to be played behind closed doors.

After winning their league, F.C. Copenhagen are now in the Europa League. It would be a big ask for his side to go on and win this competition with the likes of Arsenal (6/1) and Man United (5/1) in there. However, if you feel Lord Bendtner can take his side to the top you can back them at 200/1 on Betfred! 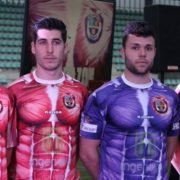 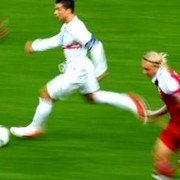 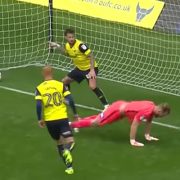