Liverpool unbeaten record at home ended last night after a shock defeat to Burnley to carry on their poor season!

Last night Liverpool hosted Burnley in a must-win game for the home side. They have been in a bad run of form of late in the league and went into last nights game with no win in four. However, Liverpool were also on a run of 68 home league matches without a loss. They were the 1/6 favourites for the game…

Klopp started a changed side from the one that played against Man United last weekend. Salah and Firmino dropped to the bench with Origi and Chamberlain replacing them. Matip was back and he took over from Henderson in defence.

The game started how we expected it to with Liverpool dominating the play and making most of the chances. However, Burnley are a hard team to break down and Liverpool couldn’t find a way through. This wasn’t helped by the poor performance from Alexander-Arnold. The full-back had a night to forget, with just one of 18 crosses finding a Liverpool player.

The hosts had a chance to break the deadlock just before half time. Origi latched onto a poor back pass from Mee and was one on one with Pope. His effort flew past Pope but smashed the crossbar and went back out to safety.

In the second half, it was much the same, Liverpool controlling the game and Burnley clearing it up field to their two big strikers. It felt like it had a 0-0 written all over it until Barnes was through on goal and went down after the slightest of touches from Alisson. Burnley were awarded the penalty and up stepped Barnes to put the visitors 1-0 up and Liverpool’s record out of sight.

Is The Premier League Heading To Manchester?

After last nights results, it is the two clubs in Manchester that are the favourites to win this year’s, Premier League. Man City are priced at 2/5 and are currently in second place in the table two points off the top, but with a game in hand.

Over the past couple of weeks, we have seen Man City back to their very best. A lot of this is down to their defence and Pep finally finding the two centre backs that work well together. Stones and Dias have played 11 games with each other and have conceded just one goal. Usually, the best defence is the one that wins the league and right now there are no better that Man City.

The other side of Manchester are currently top of the table and priced at 11/2. United were never expected to be in a title race this season, let alone be top after halfway through the season. They are in good form currently and in particular away from home. Their last defeat was away to Liverpool in January 2020.

If United can keep this up and improve their home form, then they will have every chance to go all the way this season. They are very reliant on Bruno Fernandes but over the past month, Paul Pogba is starting to look like the £80 million player they bought and is helping his side a lot with vital goals and performances.

Liverpool are in fourth place but six points off the top and priced at 15/2. We think this is a very generous price as six points isn’t a lot, especially in this season with all teams going through good and bad periods. If Klopp can get his front three scoring again then at 15/2 its great value for an outside bet! 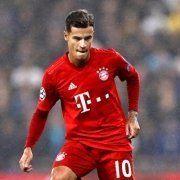 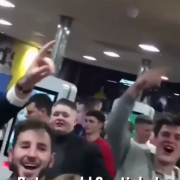