On Friday night Leicester took on Southampton at St Marys, with the visitors looking to go into second place. Last time the Foxes went away against Southampton, they won 2-1. This was also a big game for the home side, knowing a defeat could put them into the relegation zone.

The game got off to an even start with both sides having their fair share of the ball. Leicester though were pushing forward when Bertrand put in a late tackle on Perez. Play was waved on and Leicester made it count thanks to a good finish from Ben Chilwell. VAR took another look at the tackle and to make matters worse for the home side, Bertrand was shown a straight red.

Southampton were now right up against it just after 10 minutes and it was going to have to be some performance to bring this back. The visitors though smelt blood and went of the attack.

What followed was four more first half goals by a very impressive Leicester side. With it being 5-0 at half time the result was already a given it was more a case of how many. For them worrying that Rodgers would tell his side to slow down, they needed not to.

In the second half Perez and Vardy completed their hat tricks, being on the second team in Premier League history to have to hat trick scorers in one game. Maddison got himself on the score sheet to with a fantastic free-kick five minutes before the end of the game.

In winning 9-0 away Leicester set a new record for the biggest ever away win in football league history. They also equalled the record set by Man United in 1994 by winning a Premier League game 9-0.

This was a fantastic win for Rodgers who now see’s his side go into second place. They are looking more and more like a top six team now and could well sneak into top four come the end of the season.

For Leicester to win the Premier League for the second time in their history is 50/1 on Betfred. This would be a fantastic achievement by Leicester considering they lost their Maguire at the start of the season. For them to finish in the top four is 6/4 with Spurs (13/8) and Man United 10/3) a lot lower down. 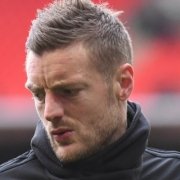 Jamie Vardy At It Again With His Celebration

How Far Can Leicester Go This Season?

Was The EFL Cup Draw Fixed?
Scroll to top