After making his mega-money move to Real Madrid, Eden Hazard is now under fire by many in the footballing world, even being branded the laziest player they’ve ever played with!

Cast your mind back to last season and Eden Hazard was lighting up the Premier League. Hazard was easily one of the best players in the league and proved this with 16 goals and 15 assists. This lead to continued interest from Real Madrid.

The Spanish giants managed to finally prise him away from Chelsea. This come at a huge price though, initially costing €100 million and potentially rising to €146.1 million. With such a huge fee came pressure for the Belgian. Real have been struggling since Ronaldo left and they were hoping Hazard would be the answer. This season they are second on goal difference and are priced at 9/4 to win La Liga on Bet365.

The forward has had a tough start to life in the Spanish capital. He went there injured and as a result, he had to wait longer for his debut than he would have expected. Since his debut, Hazard has managed just one goal in 11 games in all competitions.

This poor start has lead to much discussion about the man on €400,000 a week! Many journalists in Spain said that Hazard arrived overweight, whilst Arsene Wenger has said he is “too heavy”! This has since lead to his former teammate John Obi Mikel getting involved. Surprisingly, Mikel has referred to Hazard as being the laziest player he has ever played with. He spoke about Hazard not training hard or training at all sometimes. However, it wasn’t all negative, Mikel also said come matchday he was unbelievable.

With such criticism we doubt Hazard at 150/1 is going to be the 4/9 favourite Van Dijk for this years Balon d’Or. Hazard is also eight goals behind teammate Benzema which probably explains why he’s priced at 150/1 to finish top scorer, the highest he’ll have been priced in years! Let’s hope this lazy €100,000 million player finds his form again! 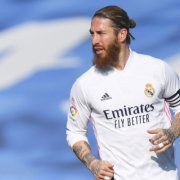 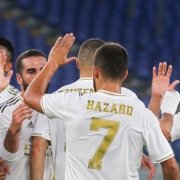