We have seen on social media how close Declan Rice and Chelsea midfielder Mason Mount. Even though Chelsea and West Ham are London rivals, it didn’t stop the two childhood friends going on holiday. Whilst they were on a boat together Rice fell asleep and Mount videoed himself waking him up.

The video went viral on Twitter and Instagram, due to how funny the reaction of Rice was.

This then gave Rice’s West Ham teammate Jack Wilshere an idea to get him again. Whilst training Wilshere records himself hiding in one of the kit washing machines. He gets one of the kit men to go and get Rice and Wilshere waits for him.

As Rice walks past, Wilshere jumps out of the door of the washing machine and the England midfielder jumps. Its a fantastic video but one that West Ham fans probably won’t be too happy about. They are currently 16th in the Premier League and only one point above relegation. Maybe they should be spending more time on the training field instead of playing pranks on each other!

Declan Rice to give West Ham a scare of their own?

There is no doubting the ability of Rice and that he will eventually get a move to a big club. Currently, there are many clubs looking at Rice as he is only young but has shown great potential.

Man United are one of those clubs who are favourites to sign him on Paddy Power at 6/1. They are in need of a midfielder, especially considering that Paul Pogba and McTominay are currently injured. On top of this, Man United have been linked with him for a few seasons now.

The last thing West Ham need now is Rice scaring them with the decision that he would like to leave the club.

He will though be looking to the Euro’s in the summer and trying to get a place in Gareth Southgate’s squad. Earlier this year, Rice changed nationalities to England having not played a competitive game for the Republic of Ireland yet.

He is one of the favourites on Paddy Power to make into the squad at 4/7. Paddy Power has prices on most English players and some outsiders including Danny Ings at 10/3 and Brandon Williams at 10/1. 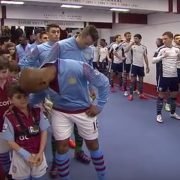 Can Liverpool Really Go Unbeaten This Season?
Scroll to top