Wrexham AFC have announced that Hollywood stars Ryan Reynolds and Rob McElhenney are interested in investing in the club.

The Deadpool star Reynolds and It’s Always Sunny in Philadelphia’s McElhenney will appear at a Wrexham AFC special general meeting. They will share their vision for the club with its members.

It’s reported that the takeover could lead to around £2 million being invested in the Welsh National League side. The club has been fan-owned since 2011. The Supporters Trust have voted in favour of talks to proceed between the Hollywood pair and the Welsh club.

This announcement, as you would expect, created a flood of memes and social media content.

Reynolds himself sent this reply to a tweet which was sent 8 years ago.

Ryan Reynolds is one of the world’s highest-paid actors this year after appearing in the Netflix films 6 Underground and Red Notice.

Spencer Harris, Director of Wrexham Supporters Trust, told media outlets: “We’ve known for a little while, but we wanted to come as early as we could in the process to involve supporters.

“As everybody knows we are community owned and therefore this has become public knowledge a little bit earlier than it would in any other normal circumstance, but yeah it’s out there now so people know all about it.”

Harris also spoke in some details about their passion and enthusiasm: “They are very serious, professional and successful people, not just as actors but in the business world as well and this is a very serious endeavour for them and they’ll set out their vision in due course.

“I know they are very passionate about this and have gone into a lot of depth to understand about the football club.”

Whilst most fans were in favour of the takeover, some were more sceptical. One replied on Twitter: “Do we really want our historic club to be the plaything of bored rich kids on the other side of the world? I prefer ongoing mediocrity… plus integrity.”

When fans were asked about how they felt, another replied: “Torn. Move past the glamour and promised investment and I worry about sustainability, how long they’ll retain interest, giving up the protection being fan-owned brings. Suspect, I’m in the minority though.”

Back in 2017, it was revealed that American actress and writer Mindy Kaling was among the members of a US-based consortium which took a majority shareholding in Swansea City.

They were relegated out of the Football League in 2008 and have remained in the National League ever since.

Wrexham have had some relative success throughout their history. They reached the second tier of English football in 1978 and have also won the Welsh Cup on multiple occasions. Back in the 1975/1976 season, they reached the Quarter Finals of the European Cup Winners Cup.

Back in 1992, they completed one of the most famous FA Cup giant killings. At the time, they were in the 4th tier and Arsenal was one of the best sides in the country. A late winner from Steve Watkin sent the Welsh side through. 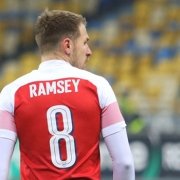 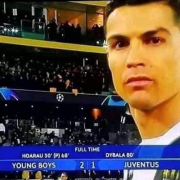 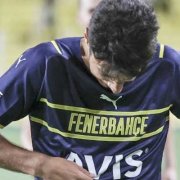 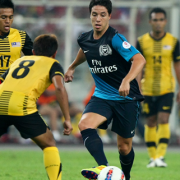