Napoli beat Genk 4-0 last night to qualify for the last 16 of the Champions League but still sacked manager Carlo Ancelotti after the game!

Usually, most managers would be hailed after winning 4-0 to qualify of the last 16 of Europes biggest competition, but not Carlo Ancelotti. His side were going through a tough spell having not won in their last nine games. They are currently 7th in the Serie A, which is below par for them.

After a poor run of form Napoli’s owner ordered Ancelotti and his side to go on a week-long training camp. This is common in Italy when a side is doing bad, it’s known as a “ritiro”. Teams will go away or stay at the training ground for a week’s intensive training to try and get them back to their best.

The Napoli players and manager didn’t take kindly to this and refused to go on it. They all returned home after their game against Salzburg and didn’t go on their training camp. Understandably this annoyed the board and the owners, who said they would deal with it internally.

So after all this, they decided to call time on Ancelotti reign at the club and will now look for a new manager to take them back up the table. As a result, the managerial rumours have been flying around as to where the Italian will now go.

Carlo Ancelotti has now been sacked on two separate occasions immediately after winning a game by four goals. pic.twitter.com/watoFFi7q8

Where Will Ancelotti Go?

Everton (6/4) – There has been much speculation as to who was going to take the job at Everton. Duncan Ferguson got off to a great start on Saturday beating Chelsea 3-0, but it doesn’t look like he’ll get the job at 10/1 on Paddy Power. Ancelotti is the second favourite behind Moyes at 6/5. The ex-Chelsea manager won the Premier League and FA Cup in 2010 so would come with great experience. Everton have a good squad they just need a good manager to guide them and Ancelotti could be the one.

Arsenal (6/4) – Even though they are the same odds as going to Everton, you could see him suiting Arsenal more. With better players and more money, he could really implement his style at the London club. Ljungberg is in charge at the moment but has had just one win in three games. He has been linked with Arsenal numerous times before but has never got the job. Having been at big clubs before he would be well equipped to be the Gunners new head boss.

Inter Miami (6/1) – The football club that is owned by David Beckham are still looking for someone to manage them. They haven’t played a game yet and are joining the MLS in 2020. This would give Ancelotti time to have a break from football before being able to move to Miami, not bad hey? Beckham knows him well as he managed him at AC Milan and PSG. At 6/1 this is a much bigger price than the other two but one that wouldn’t surprise us should it happen! 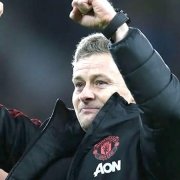 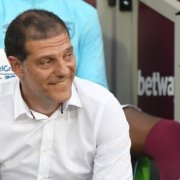 Newcastle Having To Give Away Season Tickets!

Just The 40 Scouts Watching, No Pressure…
Scroll to top