Atalanta hosted Empoli in midweek in a game that saw the hosts take 47 shots and still somehow not manage to score a goal!

When these two sides last met the game finished 3-2 to Empoli. Fans hoped that this game would be similar in terms of lots of goals. Atalanta are in sixth place in the league and have played well this season. Their opponents are quite the opposite. They are 18th in the league and are struggling.

The hosts hadn’t lost in six games before last night with the visitors only winning two in their last six. The stats showed that this should have been a pretty straight forward game for Atalanta, but their keeper made sure it wasn’t. Before the game started Atalanta were the favourites at 17/50 to win the game.

Atalanta took control of the game from the start and had over 60% of the ball. They should have scored early on when they blazed a header over the crossbar from 5 yards out. They were unlucky moments later when the ball was cleared off the line by an Empoli defender.

This didn’t discourage the home side as they kept pushing for that goal. The Empoli goalkeeper, Bartłomiej Drągowski, had an unbelievable performance. He saved 17 shots out of the 18 that Atalanta had on target. The hosts had in total 47 attempts at goal, 33 of which came from inside the box. 17 saves in a game is the record for the most saves in a Serie A game since 2004/05. This was when Opta started taking stats of football matches.

Atalanta had 47 shots and 5.86 xG in today’s SCORELESS DRAW vs Empoli.

That’s the highest xG total without scoring in any of the 85K games in our dataset. pic.twitter.com/BUjEgPcQbq

These stats show just how well the Polish goalkeeper did. He didn’t concede any of the 5.8 goals that were expected to go in. From the video below you can see how well he did in some of the goal mouth scrambles.

However annoying it may have been for the hosts they will still take a point as they look to get in the top four. They are 8/1 on Bet365 to get in the top four and are currently two points off with six games to go. Empoli, who are in a relegation battle, are 4/6 to be relegated. They are two points away from safety and also have six games remaining.

The top four isn’t the only thing that Atalanta are going for. They are in the semi-finals of the Coppa Italia and face Fiorentina. They are joint-favourite to win the cup with AC Milan but will have to work on their shooting if they want any chance of winning. 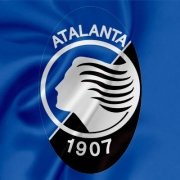