15:17 – The title race had swapped hands again. Liverpool had opened the scoring through Mane. Alexander-Arnold getting his twelfth assist of the season and setting a record for the most ever in a Premier Leauge season by a defender. Liverpool were now one point ahead of Man City, but there was still a long way to go.

15:28 – Another big game another Aguero goal. City’s main man had pulled one back for them. Brighton’s lead lasted just 83 seconds. Silva flicked a ball through to Aguero who poked it through Matt Ryan’s legs. Liverpool were still top by one point.

15:47 – Half time in both games. Liverpool were in control but needed a huge favour from Brighton. They hadn’t scored twice at home since December 4th.

16:29 – Title race over. City had won a free-kick 25 yards out from goal. Midfielder Gundogan stepped up and got the ball up and over the wall into the net. Brighton weren’t recovering this and it was just waiting for the final whistle now.

16:38 – One last thing for the Anfield crowd to cheer about this season. Another Mane goal, another Alexander-Arnold assist. A ball in from deep that found the head of Mane. A 22nd-second goal of the season and one that would put him joint top scorer with Aubameyang and Salah.

Premier League odds 2019/20: Bet365 already have odds on next years champions. Man City go in as the favourites again at 8/11 whilst Liverpool are second favourites at 3/1. Solskjaer to complete an unbelievable turn around is 9/1 with Spurs at 12/1. Arsenal and Chelsea are the furthest priced of the “Top 6” at 20/1 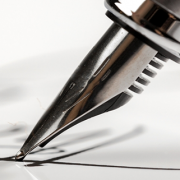 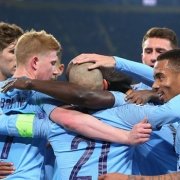 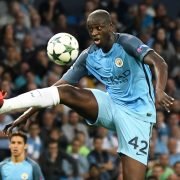 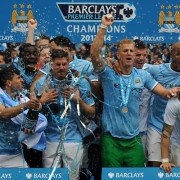 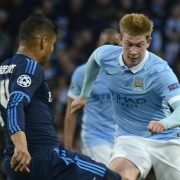